How Guppy 'Treps Fared After a Swim in the 'Shark Tank'

Schedule a FREE one-on-one session with one of our Franchise Advisors today and we’ll help you start building your franchise organization.
Daniel Bortz
April 2, 2012 5 min read
Opinions expressed by Entrepreneur contributors are their own. 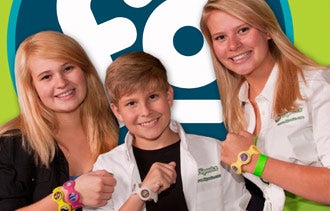 FlipOutz founders are exploring new product lines after appearing on the Reality TV show. From left to right are Erin, now 18, Jake and Lachlan Johnson.

ABC’s hit show Shark Tank puts entrepreneurs’ business ideas to the test, giving them the chance to turn their startup dreams into reality. The show invites contestants to pitch their concepts to five "sharks" -- wealthy angel investors -- who then evaluate the companies and determine whether they’re worth investing in.

Now in its third season, Shark Tank has provided a number of young entrepreneurs with the capital they need to launch or expand their businesses. But what happens after the episodes aired? Snagging investors was only the beginning. Here, three young treps dish on their experience with the show and how their businesses are faring in the real world:

Tippi Toes
Megan Reilly was still in high school when she and her sister’s dance business first found its legs. Her older sister Sarah Nuse needed some quick cash to make a car payment, so her mom suggested the two girls offer dance classes to local daycares in their hometown of Corpus Christi, Texas. More than a decade later, Tippi Toes Dance Company is still going strong, with 10 franchises across the country. 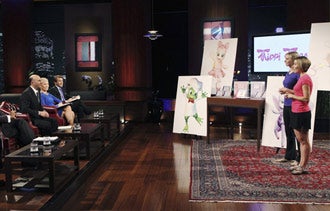 In an effort to fuel their expansion, Reilly and Nuse appeared on Shark Tank in 2011. They spent about an hour in the tank, during which Mark Cuban, owner of the NBA’s Dallas Mavericks, offered them $100,000 for a 30 percent stake in the company. But after the taping, multiple meetings with Cuban and his team resulted in Tippi Toes deciding not to proceed. "Making the deal meant losing some of the control and some of the spirit we had," Reilly, now 29, explains.

Their decision to decline the offer doesn’t mean Shark Tank was a waste of time, however. "The show gave us a ton of exposure, and got a lot of kids and their parents interested in our classes," Reilly says. She and Nuse, now 31, soon plan to open franchises in New York and Chicago, as well as the start of production for Tippi Toes DVDs. "It’s so exciting being a young entrepreneur," Reilly says. "I’ve got the rest of my life to make this company better and cooler and faster, and that’s a great feeling."

Related: How to Win in Business? Know Thy Competitor

KissTixx
Playing high school sports in the sun all day meant some seriously chapped lips for Dallas Robinson. "Kissing girls with those lips wasn’t really an option," says Robinson, now 25. So, he and his friend Mike Buonomo, 24, thought up KissTixx, a flavored mix-and-match lip balm. Couples pucker up with KissTixx and once they kiss, the flavors like piña colada and strawberry daiquiri combine to create warm or cool sensations.

Related: How to Break Your Business into the Next Tier

After appearing on the show last year, what did Buonomo and Robinson say was the trickiest part of pitching the business on TV? Getting Barbara Corcoran and Kevin O’Leary to smooch and test the product. "It was a little gutsy on our part," Robinson says. "We had to prod them quite a bit… but in the end, they were both good sports." And the kiss worked! The young entrepreneurs walked away with a deal from Cuban for $400,000 in exchange for a 40 percent stake in the company.

"The deal enabled us to set our sights on a large-scale expansion," Robinson says. KissTixx is now in the process of rolling out its six flavors to retailers nationwide.

FlipOutz
On a road trip in 2008, the parents of Jake, Lachlan and Erin Johnson challenged them to come up with a fun product for kids. After some consideration, the siblings arrived at FlipOutz, bracelets with five coins -- with sayings like "You're the Man!" and "Nerds Unite" -- that can be tracked online and traded among friends.

The kids got $250,000 in startup capital from their parents and ran the business out of their home. But a devastating house fire wiped out their supply of coins and bracelets. "We lost everything," says now 16-year-old Lachlan. So, the Johnson family turned to Shark Tank.

While on the show, the Johnsons received an offer for $100,000 for 33 percent of the company from three sharks, but the deal changed after the taping. Ultimately, Daymond John, the CEO of the clothing company FUBU, didn't invest, but he signed on as a mentor instead. The company is now considering line extensions, such as expressive discs that can be worn on clothing, jackets and book bags. The Johnsons are also considering producing a Shark Tank-like show for kids. "We want kids to have the same business opportunities that we had," Jake, now 13, says. "We’re all about not letting age hold you back."

How would you invest money from the 'sharks'? Leave a comment and let us know.