By Carol Tice April 6, 2012
Opinions expressed by Entrepreneur contributors are their own. 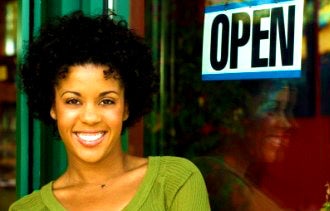 They say men are from Mars and women... well, you know. According to a new survey, the genders' differing natures play out in the world of entrepreneurship, too, with women feeling more confident in their success than men.

The Hartford Financial Services Group's survey of 1,004 small business owners included 271 women and 733 men. More than 90 percent of the women entrepreneurs viewed their business as a success. Only 80 percent of men felt the same way.

What factors contribute to women's confidence? Here are some clues from the survey's findings:

That aside, I have my own gut feeling about why more women are happy with their business: our expectations may be lower. Fewer women go into business with dreams of building an empire. Women I know consider their business a success if they can be their own boss and replace their former job income.

One thing is for sure – more women are growing their businesses. Sort of nice to know they feel great about doing it, too.

Why do you think women business owners feel more successful? Leave a comment and share your view.