Looking for a Loan? Don't Wait for a Big Bank 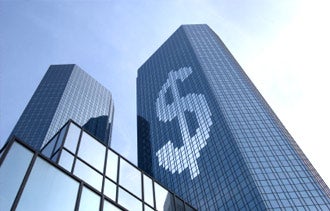 If you are looking for a loan for your business, big banks aren’t your best bet right now. Instead, you might be better to turn to a community bank, a credit union, of any number of alternative lending sources, such as account receivable financiers, microlenders, or Community Development Financial Institutions (CDFIs).

While overall, the lending market has been showing signs of life, the biggest U.S. banks approved a smaller percentage of loans in March than in February, according to a recent survey by Biz2Credit, an online credit marketplace in New York that connects small and midsize businesses with lenders.

The availability of credit for small businesses has been improving over the last year, says Rohit Arora, the CEO of Biz2Credit, but the recent slowdown is troubling.

In the wake of the recession, small businesses have been gripped the hardest by a tightening on the spigot of loans and have been increasingly looking to new and alternative ways of accessing capital. In an effort to get capital flowing again to small businesses, the JOBS Act was signed into law just last week. The new law aims to make capital more available to entrepreneurs and small-business owners by stripping away certain regulations, making it easier for entrepreneurs to raise money and go public.

The Biz2Credit index was calculated by analyzing lending applications from 1,000 candidates seeking loans on Biz2Credit.com. Loan requests ranged from $25,000 to $3 million, the average credit score was 680 and the average life of the business was two years.

Cryptocurrency and Taxes: What You Need to Know

Why Does Warren Buffett Always Pay In Cash?

A Beginner's Guide to Qualifying for an SBA Loan