Could You Fix Your Failing Business With Just $10,000?

Carol Tice
Owner of Make a Living Writing
April 12, 2012 min read
Opinions expressed by Entrepreneur contributors are their own. 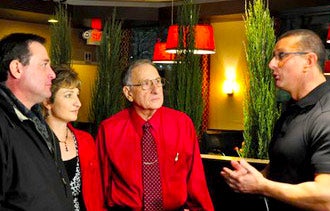 On the Food Network's reality show Restaurant Impossible, top chef Robert Irvine blows into town and spends two days and just $10,000 in materials to revamp restaurants that are on their last gasp.

On a recent episode, Irvine and his crew worked on Valley View restaurant in rural Pennsylvania. The 28-year-old establishment was decrepit, sporting moldering ceiling panels and peeling Formica. Nearly everything served was frozen and nearly inedible. The crew transformed the place into a light, cheery eatery with a menu of fresh, delicious food.

It seemed like a miraculous turnaround for a failing business. The owner, grandma Ann Kilgore, had sacrificed her entire retirement savings -- $1.25 million -- to keep the restaurant afloat over the past five years. But an update on the show's site revealed how the story ended sadly.

At first, things seemed to go well in the months after the show taped. Valley View installed Kilgore's granddaughter, Kelly Wilson, as the general manager and hired a new chef.

But on March 8, Kilgore pulled the plug, and the restaurant closed. Fans reacted with nearly 800 heated comments on the show site, some accusing Kilgore of using the show as a way to clean up the business for a quick sale.

But there may be a sad truth here: when you've already sunk $1 million or more into a failing business, you may not have any more resources left. And $10,000 in new paint and upholstery may not be enough to save it. It seems like that's what happened here.

I think these shows are great for entrepreneurs to watch, because viewers get a chance to see turnaround experts' ideas for refreshing a business. But for the businesses featured on the shows, the outcome is more uncertain.

Do you think a TV show can turn around a failing business? Leave a comment and let us know.