4 Ways to Protect Yourself Against Identity Theft

By Nancy Mann Jackson April 13, 2012
Opinions expressed by Entrepreneur contributors are their own. 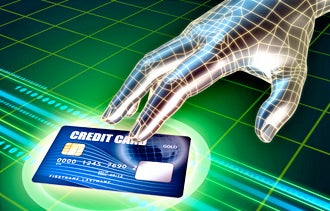 As people share increasing volumes of personal information online and on mobile devices, they make it easier for thieves to access private accounts.

With bits of information such as your birth date, phone number or Social Security number, a hacker could access and drain your bank accounts, open new credit accounts in your name or even obtain employment or a passport in your name.

Nearly one in 20 U.S. citizens, or 11.6 million adults, became victims of identity fraud last year, according to a new report from Javelin Strategy and Research, an independent research firm focused on the finance industry. The number of victims increased 13 percent from 2010 to 2011.

Becoming a victim of identity theft can ruin your credit and require numerous hours away from work to deal with the hassles of repairing the damage.

Fortunately, there are ways to protect your financial accounts and your identity against fraud. Here are four strategies to consider:

1. Be smart on Facebook and other social media sites. For the first time, this year's Javelin study tracked how social media profiles and mobile phone behaviors influenced the incidence of identity theft. Certain online behaviors, such as sharing your personal information, playing games or taking surveys on social media sites, have been linked to higher incidence rates of fraud.

"People should familiarize themselves with security settings, sometimes called privacy settings, on their social media sites," says Philip Blank, managing director of security, risk and fraud at Javelin Strategy & Research. "You should never share your personal information outside your immediate network of friends. Be very careful when playing games or taking surveys or 'IQ tests' on social media sites.

"You normally need to grant permission for these applications to run, and often, buried in those terms and conditions is the fact that you are giving them permission to take all your private information as well as that of your friends."

Blank advises against sharing information such as your birthday, high school name, phone number, and pet's name. All these details are prime examples of personal information a company would use to verify your identity.

In addition, social media users who check in frequently using GPS have a higher rate of fraud, Blank says. "By posting your constant movements, you are exposing yourself to potential fraudsters. They will know when you are away and it is safe to go through your mailbox looking for paper bills with account information, or even worse by entering your home while you are away."

[Related: Financial Spring Cleaning: What to Save, Toss or Shred]

2. Monitor your credit. Take advantage of the three free credit reports you can obtain each year to keep a close watch on your credit activity. (Read this article, "Checking Your Credit: The Basics," for more information.) But don't stop there.

Denis G. Kelly, author of The Official Identity Theft Prevention Handbook, recommends placing a fraud alert on your credit report every 90 days. Based on the Fair Credit Reporting Act, "You have the right to request nationwide credit reporting agencies to place 'fraud alerts' in your file to let potential creditors know that you may be a victim of identity theft," Kelly says. "Fraud alerts are free of charge and the alert requires creditors, when applying for new credit or increasing a credit limit, to go through an extra verification layer to make certain it is really you who has made the credit request."

Because credit bureaus are required by law to inform the other two bureaus when a fraud alert is placed, it is only necessary to place the alert with one bureau, Kelly says. You can place an alert online with Equifax here.

Kelly also recommends opting out of prescreened offers of credit or insurance. "Many creditors and insurance companies purchase your information from the credit reporting agencies to solicit you because your credit report indicates you meet their criteria," Kelly says. "These offers contain considerable personally identifying information that ends up in your mailbox or trash. You can cut the snake off at the head by opting out of these offers." You can opt out here.

[Related: 9 Things You Should Always Buy on Sale]

3. Guard against being a data breach victim. Last year, a data security breach at Citibank exposed information on about 210,000 of its bankcard customers. The incident compromised data including credit card account numbers, names and contact information such as email addresses. Other firms, including Sony, Lockheed Martin and Michael's Stores, also have experienced such security breaches due to hacking. The number of corporate data breaches is rising; 67 percent more Americans were affected by such incidents last year than in 2010, according to Javelin Strategy & Research. Those who received a letter stating that their personal information may have been compromised in a data breach are 9.5 times more likely to become victims of identity theft.

To help protect yourself from being part of such a breach in data, request that the financial institutions you do business with place an extra security protection on your accounts, Kelly says. The extra security is a password, separate from the PIN, which is required to make any changes -- including changing the mailing address, increasing available credit or requesting setup of new accounts -- to your accounts.

"Most financial institutions offer this service," Kelly says. "Often thieves access your account, change the mailing address so you do not immediately recognize the theft, increase your limit, drain the account and then move on to the next person before you have a chance to notice and take effective action. [The extra password] substantially reduces the likelihood of this outcome. It is simple, free and provides tremendous value."

If you do receive a letter stating that your information may have been exposed in a corporate breach, Javelin's Blank says to read the notification letter carefully. "Consider putting alerts on your credit file and you should go to each of your credit cards and place 'Card Not Present' alerts on them so you will know immediately if your card is used over the internet," Blank says. "You should also enroll in an ID Protection Service (such as LifeLlock). The company also may offer you credit protection options."

Instead, the policies reimburse a policyholder for expenses incurred to restore their identity, up to the limits stated in their policy. "Coverage limits and covered expenses vary by the carrier and the plan; however, most policies will reimburse a policyholder for up to $15,000 to $25,000," says Carrie Van Brunt-Wiley, director of marketing for HomeInsurance.com, which offers identity theft coverage as a companion to homeowner's insurance. Covered expenses include lost income, legal fees, tax ID fraud-related costs, new government IDs, travel expenses, and medical ID fraud expenses. Most policies also provide consultation services from a fraud specialist to help customers reclaim their identity and restore credit faster, she says.

Before purchasing a policy, Barnett recommends considering whether the deductible will be higher than the price of covered expenses, as it is in some cases. If, however, the policy includes reimbursement for legal expenses or lost wages due to time spent cleaning up the mess, it may be worth the premium, Barnett says.