By David Ferrell April 19, 2012
Opinions expressed by Entrepreneur contributors are their own. 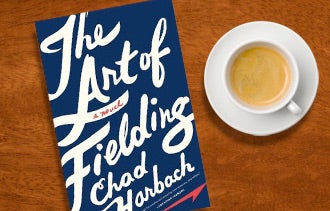 Baseball writing is surprisingly rich and diverse, perhaps because the game involves so much more than just action on the diamond. Top writers capture the cerebral, chesslike strategies of the sport, the human dramas that unfold in the clubhouse, and even essential details of the landscape, as John Updike did in his famous description of Boston's Fenway Park -- a "lyric little bandbox," he wrote, that represents "a compromise between Man's Euclidean determinations and Nature's beguiling irregularities."

With a new season underway, it's a perfect time to consider a few intriguing baseball books -- one of which, The Art of Fielding, is achieving the sort of acclaim usually reserved for classics such as Bernard Malamud's The Natural and W. P. Kinsella's Shoeless Joe. Chad Harbach's debut novel, a New York Times bestseller, reportedly took nine years to write but was worth the labor. Reviewer Isabel Costello, who blogs about books and places, praises Harbach for capturing what she calls the "poetry" of baseball.

The novel's turning point is a fielding error -- a single bad throw that beans a teammate and radically changes the fates of a promising collegiate ball player and the people around him.

"The accident serves to knit together five characters, like the fingers of a baseball mitt," in a story that is "richly entertaining" and filled with wit and warmth, writes reviewer Jeffrey Burke of Bloomberg.com. "I can't name many books where I've so enjoyed the company of the characters as I did these," Burke says. The author's deeper message is about the nature of art, says Gregory Cowles in The New York Times. "If it seems a stretch for a baseball novel to hold truth and beauty and the entire human condition in its mitt, well, The Art of Fielding isn't really a baseball novel at all," Cowles writes. It's about relationships, he says. "One-by-one this book's entire cast suffers some setback or another," says reviewer John Freeman of the Seattle Times, "and Harbach shows them doing that most American thing: improvising. They juggle and regroup."

Other baseball books worth noting are mainly works of nonfiction. Here are four that caught my attention:

These selected pieces, by all-star writers such as Frank Deford, Jane Leavy and Pete Dexter, address a multitude of topics, from late owner George Steinbrenner's marketing genius to why the son of a zealous Yankees fan would grow up loathing the team. Some accounts are emotionally moving, such as when Dexter visits ex-pitcher Catfish Hunter prior to his death from Lou Gehrig's disease, and some are simply fun. "The key," says Los Angeles Times critic David L. Ulin, "is the abiding focus on the personal." BookReporter.com labels the collection "funny, moving, provocative, insightful."

2. Summer of '68: The Season That Changed Baseball -- and America -- Forever by Tim Wendel.

The nation was fraught with upheaval in 1968, a time of rioting and violence, including the assassinations of Dr. Martin Luther King and Robert F. Kennedy. Amid the turmoil, pitchers Bob Gibson and Denny McLain led the St. Louis Cardinals and Detroit Tigers into a cliffhanger of a World Series. "The added angle of how teams and players faced unrest in their own cities . . . enriches this presentation," writes reviewer John L. Murphy of PopMatters.com. Says Publishers Weekly, "The contrast between the obsessive, steely-eyed Gibson and McLain, a flamboyant press-hound angling for a Vegas nightclub gig, is especially vivid."

3. Rothstein: The Life, Times, and Murder of the Criminal Genius Who Fixed the 1919 World Series by David Pietrusza.

While writing my baseball novel, Screwball, I became fixated on the darker sides of the sport. Here in paperback is baseball's ultimate dark hour, the scandal that almost destroyed the game. Arnold Rothstein, the plot's mastermind, was a complex character -- a loan shark, bookmaker, rumrunner and political fixer who was known as "The Brain" among cronies in New York's Jewish Mafia. (By the way, he was immortalized as "Meyer Wolfsheim" in F. Scott Fitzgerald's The Great Gatsby.) "Pietrusza's breezy narrative often leaves you shaking your head in disbelief at the wild times and outrageous characters of 1920s New York," says reviewer Jon Kalish in The Jewish Daily Forward. Blogger Thomas S. Roche of Goodreads.com is less enthusiastic, saying the author offers "a lot of great anecdotes" but fails to convey how Rothstein fits into the larger story of organized crime.

Due out this spring is a detailed biography of the fearless, colorful team owner who brought fireworks to the ball park -- literally, in the form of the sky rockets shot from an "exploding scoreboard" -- and who once sent a 3-foot, 7-inch midget to the plate, knowing he would draw a walk. Less widely known was Veeck's efforts to integrate baseball. As the owner of the Cleveland Indians in the 1940s, he signed Larry Doby -- the American League's first black player. "Dickson's tome tells tales I had never heard," says veteran sports writer Mike Downey in the Los Angeles Times. That's high praise of the author's thoroughness because Veeck died in 1986 and his own memoir, Veeck -- As In Wreck: The Autobiography of Bill Veeck, co-written by Ed Linn, was chock-full of compelling stories. Kirkus Reviews says Dickson "expertly evokes Veeck's populist, garrulous public persona" while showing the pain he endured after a World War II injury cost him his right leg.

SecondAct asks: So what are your favorite baseball books? Share your comments below.