By Mikal E. Belicove April 19, 2012
Opinions expressed by Entrepreneur contributors are their own. 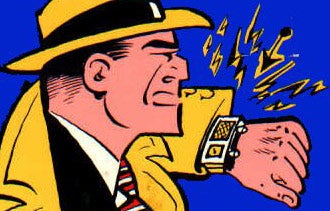 Wearable electronic devices have moved beyond the pages of comic strips like Dick Tracy and have appeared in everything from eyeglasses that incorporate GPS to running shoes that pinpoint their wearer's immediate location and bracelets that tabulate one's exercise efforts.

But wearables are still far from mainstream, and the next round of product engineering will require exploiting the relative strengths of the “big five platforms” -- i.e., Apple, Google, Microsoft, Amazon and Facebook.

So says a new report from Forrester Research Inc., adding that without these Blue Chip Companies, wearables -- defined as “devices worn on or near the body that sense and relay information” -- are just another passing fad.

According to the Forrester report, five platforms are the only game in town -- each with its own specialty:

Apple scores big in marketing, channel and brand, and has the best chance to take a product mainstream. Just look at how the iPad overtook a decade’s worth of tablet PCs in less than a year.

Google’s open Android platform enables a product to be built on top of its code and offers access to Android apps.

Microsoft has the best depth sensor, and its operating systems have already proven themselves in a number of products. What the company currently lacks is the ability to attract experienced and new developers, but by ‘acquhiring’ a tech startup, that problem will be easily solved.

Amazon is now the go-to source for product searches, offering access to more than 100 million products -- and their potential buyers. It's more of a partner than a manufacturer of wearables.

Facebook brings to the table 850 million people, making it the partner of choice for any wearable that aims to leverage facial recognition or social sharing.

Do you think its possible to build a mainstream tech offering in the wearable category without the assistance or partnership of Apple, Google, Microsoft, Amazon or Facebook? Let us know in the comments below.