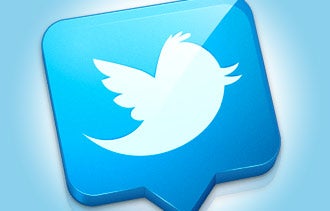 You've set up your business-branded Twitter account and got started tweeting like mad, posting updates on new products, special offers and, well, anything that comes to mind. Thing is, you haven't managed to gain a solid following and barely anyone's responding to your tweets.

Does this sound like you? A team of researchers at some of the top colleges in the U.S. thinks you might not be tweeting up to your potential. They set up a website called Who Gives a Tweet? to collect anonymous feedback from Twitter users on what makes a tweet great, or terrible. What they got was more than 43,000 tweet ratings from more than 1,400 users.

Based on their findings, users said a mere 36 percent of the tweets that were rated were worth reading versus 29 percent that weren't worth reading and 39 percent that were just "OK." "These results suggest that users tolerate a large amount of less-desired content in their feeds," the report says. "We find that users value information sharing and random thoughts above me-oriented or presence updates."

Related: What You Need to Know About Using Hashtags on Twitter

The most engaging types of tweets include questions to followers, information sharing and self-promotion -- sharing of links that you created. Using humor, the report says, can be a good way to share random thoughts and opinions.

The worst types of tweets include presence maintenance (e.g., Hello Twitter!) and those that share the tweeter's current status, according to the report. Users also expressed a "special hatred" for Foursquare location check-ins, as they often found them irrelevant.

What types of tweets do you find to be most engaging? Let us know in the comments section below.

The advantages of telling your story to sell on the internet

Why you should let your employees be influencers

Chemours (CC) Surges 9.4%: Is This an Indication of Further Gains?