3 Tips for Choosing the Right Smartphone for Your Business

Amy Gahran
April 24, 2012 5 min read
Opinions expressed by Entrepreneur contributors are their own. 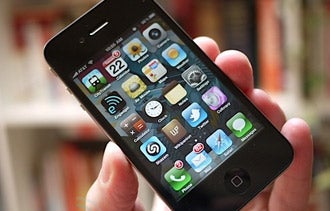 When you select a smartphone for your business, it's easy to get swept up in the hype about the latest models -- from the just launched Nokia Lumia 900 to the much anticipated iPhone 5.

While it's important to find a model you like, that shouldn't be your only consideration. Any smartphone is only as good as its day-to-day wireless service. And you also need to decide how much you're willing to spend and how long you want to commit to a particular wireless carrier.

Here are three tips for making the best wireless choices:

1. Determine which carriers offer the best service in your area.
You could have the world's sleekest smartphone, but it might as well be a brick in your hand if you don't also have a strong, reliable connection.

So your first question should be: Which carriers offer the best service in the locations where I spend most of my time?

While wireless carriers provide their own coverage maps, take them with a grain of salt. A more reliable tool for gauging the quality of local coverage is RootMetrics, which independently gathers detailed data on U.S. cell coverage for all major carriers. You also can try the free Carrier Compare app to see which company provides the best iPhone service in your area. You'll need an iPhone to download and use the app.

Also be sure to consider whether the carriers support phones that operate on faster 4G wireless networks, particularly those using LTE technology. Although 4G capable devices and plans typically cost more at this point, the speed and quality can be worth the investment for business users. If carriers haven't yet deployed 4G fully in your area, you might consider waiting to buy your next phone.

2. Weigh the costs of signing a service contract.
In the U.S., many smartphone buyers sign up for a new two-year contract with a wireless carrier. That often saves a couple hundred dollars on the up-front price of the phone, but it could mean you'll end up paying more over the life of the contract.

Such contracts often charge high prices for unlimited texting and more phone minutes than you'll likely need. There's also the penalty for breaking a contract before it ends, which can run a couple hundred dollars.

You don't absolutely need a two-year contract, however. Almost every discount or regional carrier and some major carriers, notably T-Mobile, offer a variety of smartphones without service contracts on a prepaid or month-to-month basis.

Still, if you're happy with your current carrier's two-year contract, you're on a family plan or you're grandfathered in to an unlimited data plan, you may not want to switch carriers. If you do, ask your carrier and be persistent. They may offer you a better deal.

3. Figure out which phone is best for your needs.
Choose a phone that feels good in your hand, isn't a chore to learn or use, and will keep pace with apps, networks and the mobile web as they evolve.

First, decide which mobile operating system you want. Your main choices are the iPhone, Android, Windows Phone and BlackBerry. But be cautious about buying a BlackBerry: There have been rumors that Research in Motion might abandon the consumer market for the BlackBerry and focus exclusively on large enterprises. The company, however, has denied such plans.

If you dislike diagnosing and fixing technical problems, an iPhone might be your best option. Although it's generally quite reliable, it does have tradeoffs. For instance, you can't carry a spare battery to swap out when your iPhone runs out of charge.

If you're considering an Android phone and hope to use it for more than a year, make sure you get a model that comes with the latest version of Android (called Ice Cream Sandwich) pre-installed. You'll want to be able to run the latest apps for at least a year or two because many carriers and manufacturers tend to be lax about sending over-the-air Android updates.

Related: Three Technologies That Will Change the Way You Use Wi-Fi

The Windows Phone's mobile operating system also is one to consider seriously. The new Nokia Lumia 900 is getting positive reviews, and the next version of Windows Phone is expected later this year.

Before making a decision, spend a few hours visiting mobile phone stores and play with friends' phones to get a hands-on feel for performing basic tasks in each mobile platform. Make sure you're testing the current version of each platform.

Finally, buy the most processing power and memory you can afford. Most smartphones come with a small SD memory card, so you might want to buy the largest possible card separately and simply install it.