What Investors Really Want to Hear in Your Pitch 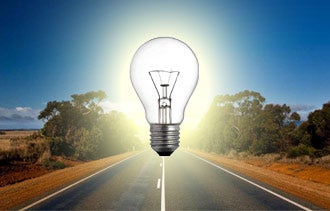 Once again, reality TV is getting it wrong. Thanks to shows like ABC's Shark Tank, too many wannabe entrepreneurs think venture capital comes after a great idea, and then the product follows. In reality (not the TV kind), companies rarely start that way.

Most startups that transition from concept to viable product get there through bootstrapping and loans and nest eggs and prototypes and calling in favors. These are the efforts that can lead to outside investors.

In other words, entrepreneurs need to build something and demonstrate it before financial backers can be expected to believe in what they say. Investors typically focus their due diligence on the three Ps.

1. Product: As I've said, funders invest in products, not ideas. A simple way to figure out if you have a product is the "hit by a truck" test. If you got hit by a truck tomorrow and met an untimely demise, is there something--anything--left in the company that could be sold? If the answer is yes: Congratulations, you have a product. If the answer is no, start building something now.

2. People: Products don't move without people. Consider most major research universities: Their intellectual property portfolios are bursting with wonderful products, yet the vast majority of these inventions go nowhere because there aren't qualified professionals who are interested in carrying them to the marketplace. A product without a sound management team isn't much more than just an idea.

3. Profit: Or, rather, the potential for significant profit on your product is the great equalizer during a startup pitch. Investors who see amazing profit potential may weigh that factor more than others, thus making up for a marginally developed product or an unknown team.

Wise investors balance which P is most important depending on each pitch. An investor may be willing to get behind a team that has a dynamite product, even if its members are a little green. In other cases, proven entrepreneurs who have demonstrated that they know how to build and sell companies may be able to wrangle financing preproduct. Finally, some rare concepts (like Google) have such earth-shattering profit potential that investors are willing to be patient with the team and the product development.

The key to using this information to your advantage is in knowing where you lie on the continuum. Too many first-time entrepreneurs think they will get funded based on that Shark Tank sound bite, not realizing their time would be better spent building product than soliciting investment.

Rather than trying for reality-TV fame, concentrate on earning your stripes. Real movie stars started off auditioning and getting bit parts. Entrepreneurs chasing funding on ideas alone should mind their Ps instead.