By Carol Tice April 30, 2012
Opinions expressed by Entrepreneur contributors are their own. 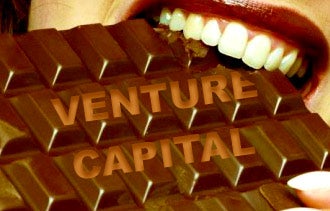 With the passage of the JOBS Act, you might think startup entrepreneurs would be heading to the nearest website to get hundreds of individuals to pool their money and fund their growth. But it looks like more CEOs are hoping to get their growth money from good old-fashioned venture capital firms.

That's according to a recent update to a 2010 study from national law firm Dorsey & Whitney that polled more than 300 startup CEOs about their funding plans.

One reason startups are looking hard at traditional VC is the rise of newer firms that have made a splash with their investments, including Andreessen Horowitz and Google Ventures. Renowned firms including Sequoia Capital and Kleiner Perkins Caufield Byers also made the study's list of most-desired investment partners.

More VC money appears to be circulating, too: more than 36 percent of the startups based in major-metropolitan cities reported they had done a funding round in the past year, compared with less than 29 percent in 2010. Startups based in rural areas did almost as well, with nearly 34 percent reporting they'd score funding.

Their outlook on future fundraising was more bullish, with 30 percent of the CEOs expecting to raise between $1 million and $5 million in the coming year. That compares with 23 percent in 2010.

Startups in cities are also making more use of business incubators, the study showed. Fifteen percent of the startups in metro areas said they'd used incubators for early help and funding, compared with less than 9 percent in 2010.

The study points up the advantages of getting help from traditional funders who offer business experience as well as money, compared with using crowdsource websites. With the latter, you get money, but from individuals whose investments are each very small -- and generally, they don't get a seat on your board or have expertise to share. The CEOs were strongly in favor of getting funding from investors with whom they have an established relationship, which isn't part of the crowdsourcing approach.

Where will you find funding for your startup? Leave a comment and let us know.