When the Product Is the Marketing, and Vice Versa

By Tim Berry May 1, 2012
Opinions expressed by Entrepreneur contributors are their own. 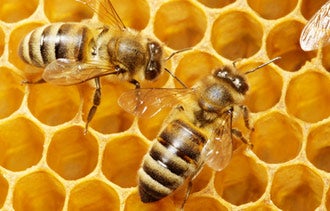 Not that it happens often, but sometimes the product itself is the marketing. And in those rare cases, businesses thrive without organized marketing.

Normally, great marketing beats great product. But these are those beautiful "if you build it, they will come" cases that can be especially exciting to watch.

As I write this, I'm reviewing a startup that looks to me as if it could be one of those product-driven successes that thrive without much focus on marketing planning. Yesterday, the founders showed me their video-rich and design-rich web building platform. It looked incomplete, but really good. And the creators had very little to say about marketing.

So there's the rub. If this is as good as I think, users will like it and recommend it. Then, the user excitement will show up in Twitter and Facebook and Google+. And that means buzz. And buzz becomes marketing. Plan or not.

Related: Secrets of the 10 Most-Trusted Brands

These people do have some general marketing ideas. They are looking at attending some key conferences, leveraging off strong references in online media and getting some influential names and companies to use their product early on. In short, they are counting on word of mouth, which today means social media buzz.

While the startup seems headed in the right direction, there are no clear responsibility assignments, no dates and deadlines, no metrics and no budgets. So as investors, do we write them off for lack of a marketing plan? What would you do? I'll tell you what I think, after I review some other examples.

Let's start with Facebook. It began as a website for university students to check out other students. In interviews, founder Mark Zuckerberg talks about programming; he's all about the product and very little about marketing. He says Facebook's success is about "making bold decisions about the products." Do you think investors sneered at Facebook because it didn't have a marketing plan? If any did, I bet they regret that now.

My second example is Twitter. Twitter took off in 2007 when usage tripled during the South by Southwest conference. True, attending a conference is marketing, and there may well have been a plan. Steven Levy of Newsweek wrote that, "The Twitter people cleverly placed two 60-inch plasma screens in the conference hallways, exclusively streaming Twitter messages." Of course, that's marketing, but it's all about great product, too. Do you agree?

My third example is from almost 30 years ago. I was on the founding board of directors of a company called Borland International that became enormously successful because of great product. It was in the 1980s, before the Internet, but the general idea still applies.

Entrepreneur Philippe Kahn started Borland on a shoestring budget, with no outside investors, and turned it into a public company with annual sales of $60 million in less than four years. His first product, Turbo Pascal, was sensational, so everybody with a PC wanted it. Less than a year later, he released Sidekick, and everybody wanted that, too. It wasn't that Philippe didn't care about marketing. Full-page direct response ads were vital to Borland in the early days, and direct mail became important later. But for Philippe, marketing was always second to product. Yet, Borland was a huge success.

So, getting back to my earlier question, do we discount this company for lack of a strong marketing plan? I don't think so. Do you?

I believe planning is about decisions and good management and that every business plan and every situation is unique. Despite the common lists of what a business plan should include, there are always special cases where the focus on product makes sense—at least until the product is finished, released and getting its own buzz.

Tim Berry is the chairman of Eugene, Ore.-Palo Alto Software, which produces business-planning software. He founded Bplans.com and wrote The Plan-As-You-Go Business Plan, published by Entrepreneur Press. Berry is also a co-founder of HavePresence.com, a leader in a local angel-investment group and a judge of international business-plan competitions.