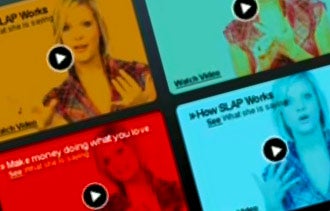 After assisting more than 10,000 small businesses since 2005, Carissa Reiniger, founder of New York City's Silver Lining, thought she had her sales pitch down. Her Silver Lining Action Plan (SLAP) is a 12-month program that lays out a step-by-step plan to success--think of it as a board of directors for hire.

But the October 2011 launch of the software-as-a-service version of SLAP proved her wrong. Her conversion rates were almost zero, in part because the $99 per month service was too complex to explain effectively on a website. "I was used to having half an hour over coffee to convince someone to try us out," Reiniger says. "But on the website, I had a minute or less."

It was a crushing realization for Reiniger, who'd spent a year developing SLAP for the web, complete with an extensive library of training videos, a deep FAQ section and even an automatic program to reward diligent online clients with prizes such as office equipment or dinner with a famous entrepreneur.

Within months, Reiniger knew she needed to change the model, and fast.

The Fix
Reiniger realized her site shouldn't be the place to close the sale; rather, it should be a funnel to gather information and drive sales to where her team was far more effective: offline. She employed reverse psychology on the homepage, declaring that business owners couldn't buy SLAP unless they first met certain criteria, which included filling out a short qualification form. After receiving an application, someone from Silver Lining's team of 24 business coaches calls back to verify the submission and explain the program in more detail.

"We're skilled in making an emotional connection [offline], one that gets potential clients excited about what their businesses could look like," she says. By challenging prospects at the onset, Silver Lining found it easier to break through the formal wall of the web and make those connections.

The Results
At the beginning of 2012, the site's conversion rate was around 6 percent--double Reiniger's original target--and she counts 100 total online members, with sales ramping up each month.

"We're now in business," Reiniger says about the switch in tone that, she now realizes, better reflects Silver Lining's mission. "B2B websites--and the original website was one of them--tend to be utilitarian and impersonal. But that doesn't represent who we are. Our tone is irreverent, and we are annoying, sending customers e-mails asking why they're not doing the work outlined in their SLAP."

A Second Opinion
Jesse Lipscombe, founder of personal training company Phat Training in Edmonton, Alberta, says SLAP streamlined his business to focus on two sources of income, down from about a dozen, and helped boost his revenue from $70,000 to $290,000 in a year.

"I would recommend it without a doubt," he says. He notes that the switch to an online format has advantages; for example, SLAP users used to have to meet in person to pick apart each other's businesses, but discussions now take place in online chat rooms. "You're hiring someone to keep the whip cracking," he says, "and as a professional trainer, I know that works."

Are You Prepared For the Role Of NFTs in the Crypto-Economy?