By Dinah Wisenberg Brin May 2, 2012
Opinions expressed by Entrepreneur contributors are their own. 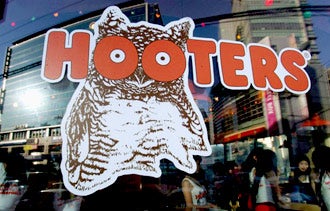 A legal battle of "breastaurants" has ended with little more than a pair of press releases.

La Cima, which formed in 2011, plans to open its first Twin Peaks franchise in Atlanta in July. The 7-year-old Twin Peaks chain, which has the slogan "Eats, Drinks, Scenic Views," also features scantily clad, big-bosomed waitresses. Currently much smaller than Hooters, Twin Peaks' website says it has "busted out" to more than a dozen locations and that the business "is about you, 'cause you're the man!"

Hooters says it was able to secure "the return and/or destruction of all of its misappropriated information" through the now-resolved litigation.

For its part, La Cima issued a press release proclaiming that it was letting Hooters "walk away" without any compensation. The company added that Hooters "conceded" it had no evidence to support its claim.

"La Cima has never had any intention of using any Hooters information," Brooks said in the release. "[We] have over 117 years of combined Hooters restaurant experience. We don't need their documents; we wrote them."

Meanwhile, with more so-called breastaurants popping up across the land, it's no wonder that a niche has developed for a business like Breastaurant Uniforms. The company says its "Nicole Tops," "Buffy Dresses" "Dixie Shorts" and other outfits are all made in the U.S.

Almost half of Mexicans prefer a hybrid work scheme, according to LinkedIn