Wall Street Through the Rearview Mirror

Pregnant with her third child, Rana DiOrio took a break from her finance career in 2008. Next thing she knew, she'd written two children's books--one that explores the concept of being global and another about the importance of being green. "I don't sit still very well," she says. "Most investment bankers don't."

DiOrio wanted a publisher who would print the books in an environmentally friendly fashion, befitting their topics. "People laughed at me," she says. "'You're going to tell the publisher to use soy ink? Good luck with that one!'"

When no such publisher emerged, she was surprised but undaunted. She'd advised entrepreneurs on starting businesses while working at Merrill Lynch, Deutsche Bank and a mergers-and-acquisitions boutique. She knew an opportunity when she saw it. 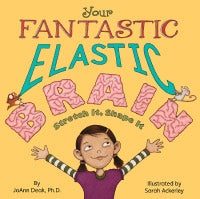 Three years later, DiOrio's Little Pickle Press projects $550,000 in revenue for 2012 and $1.5 million for 2013. It has published seven books and has five more on the way. "I came into an industry that was tired and 20th-century, and brought to it finance and technology," she says. "Those were two entire domains that were being overlooked in publishing."

It isn't often perceived that way, but Wall Street can be a steppingstone to entrepreneurship. Nicole Sierra-Rolet built a business-within-a-business in Latin American equities while at Merrill starting in the late 1990s. Her résumé includes stints at Chemical Bank Institutional Investor and an international think tank, and her husband is CEO of the London Stock Exchange.

So what was she doing in France's Rhône Valley the past three years, helping replant disused vineyards and reconstruct a 9th century priory? Like DiOrio, she saw an opportunity. Inns in the French countryside and the wines they produced were insular categories. By researching how similar properties had positioned themselves on several continents, she has created a pair of thriving businesses.

"In international finance, I became accustomed to looking at peers all over the world," Sierra-Rolet says. "The best practices were picked up and imitated. That mindset is very helpful when you undertake a smaller business in a niche area. My reference points weren't just what my neighbors were doing; they were global." 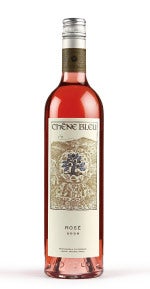 Now her Chêne Bleu wines are in prestigious restaurants like London's Nobu and New York's Ai Fiori, and La Verrière, her luxury country retreat in southern France, is a prime site for upscale corporate retreats and weddings. The fact that success came without a name like Merrill Lynch attached makes it sweeter. "When you start something from scratch, without the name of a big corporation behind you, everyone assumes that you're irrelevant, or doomed to fail, or that you'll just give up," she says. "Succeeding is incredibly rewarding."

Though he didn't create a new business, Steve Preiss understands. Preiss sold financial instruments for Nomura and Bank of America for nearly a quarter-century. When he saw that world changing around him in 2008, he got out. His wife had started Mightypets, an online company that sold pet-care products. When Preiss brought his Wall Street mindset to the distribution side, business took off. Sales for 2012 are projected at $5 million.

"Some people think we're taking on risk by warehousing a lot of product, but I don't view that as risk," says the former bond trader. "I've learned that if you buy a commodity at the right price, the fact that you own five of them or 1,000 of them doesn't matter." And in a business that typically seeks to maximize profit margin, Preiss is far more concerned with income. "If I have an item that costs $10 and I make 50 percent, that's $5," he says. "I'd much rather buy something that costs $500 and make 10 percent."

Preiss likes that he has helped build a business, rather than just making his quarterly sales targets. "On Wall Street, you're looking for the next transaction," he says. "The world I'm in now has a better mentality. I'm thinking longer-term and building a brand."