Lambeth Hochwald
Guest Writer
May 5, 2012 min read
Opinions expressed by Entrepreneur contributors are their own.

Want to have a night out on the town but aren’t sure about the crowd at the pub down the street or think you’d prefer a certain kind of ambiance? Thanks to a few up-and-coming young entrepreneurs, there’s an app for that.

Between dishing about the perfect slice and sizing up the clientele at a nearby bar or club, there's an app for just about everything these days. For good reason: People are downloading them. Forrester Research Analyst John C. McCarthy estimates that the revenue generated from buying and downloading apps on mobile devices will reach $38 billion by 2015. And by 2016, about 1 billion global consumers will wield smartphones and tablets.

The market for new apps may be immense. But that's still not enough to drive some would-be entrepreneurs to start up. For them, creating solutions to their own everyday problems remains a top motivation.

Just ask Chris Mirabile, the 28-year-old co-founder of the New York-based Hotlist , a website and free app that lets users track the offline activities of their Facebook friends. He says wanting to know what his friends were up to any given night was the inspiration for the app. 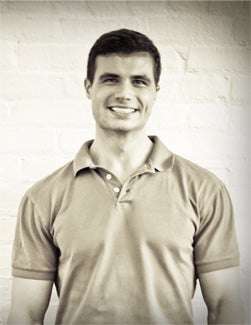 Chris Mirabile, the co-founder of the HotList, thinks it should be easier to find out what friends are doing. Photo credit: photosbyjlm.com

"Hotlist becomes your close friend who knows that you like and what everyone else is doing around you," Mirabile says. The app also makes personalized recommendations about where to go out on the town, he adds.

Those customized recommendations will be key to the company's revenue model going forward, says Mirabile. "We know what our users like to do, and where they happen to be, so we can deliver them both organic content, and highly relevant, paid-for content." So far, an ad-based revenue model has helped the Hotlist has collect half a million users since its launch in May 2010.

Related: What the App Store Taught Me About Making an Awesome First Impression

Sometimes it takes a twist of technologies -- plus multiple nights of unsuccessful midweek-bar hopping -- to get a new nightlife app off the ground. Twenty-eight-year-old Cole Harper had a brainstorm when he first heard about facial-detection software. Why not use the technology to better inform people about the gender and demographic make-up of patrons at a bar or club? That information, he claims, would improve the whole experience of going out. "I knew we could use this technology anywhere, whether at a hotel, casino or restaurant,” says the now-CEO of Austin, Texas-based SceneTap, which launched in July 2011 in the Chicago market.

As of last week, the free app had 73,000 users in Chicago, Austin and Bloomington, Ind., as well as in college-town hotspots including: Gainesville, Fla., Madison, Wis., and Athens, Ga. Here’s how it works: Venue owners pay a monthly rate to be included in the SceneTap network in exchange for the extra visibility they'll get through SceneTap’s marketing and promotional efforts. Venues also gain access to demographic data reports so they can measure, say, the affect their specials might have on crowd size.

Typically, two cameras are installed in each establishment with one tallying the number of people in the venue and the other approximating the age and gender of guests, though the cameras never identify anyone personally. In addition, data streams in all night long, including mentions of new drink specials.

Related: How to design an iPhone app for business – with no coding skills 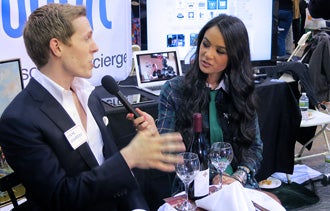 “We have a feed that updates automatically, so as a place moves from chill to lively, it will update that change in real-time,” says Harper. Expect to see such user-generated features as one that allows you to be alerted when a nearby venue has hit a certain capacity. When that happens, users get a notification straight to their phones.

Banking on the trend catching on and staying, Steven Dziedzic, 28, in April co-founded Hoppit, a website that allows users to search for restaurants and bars in 25 U.S. cities according to their mood -- whether they’re looking for a Hipster vibe or something with a little more Mad-Men appeal. He launched the company after becoming frustrated by never knowing what new nightspots were like before going out.

It seems he has company. Today, the site has more than 10,000 users and has landed $250,000 in funding. The site’s revenue model, says Dziedzic, will eventually pair local-deal announcements with sponsorships from major brands, which will attempt to personalize the "going out" experience. “We’ve built a robust ambience tool," Dziedzic says. But stay tuned for new features including Pandora-like functionality and a free app slated for early June.