Bank Lending to Small Business Slips, Crowdfunding on the Rise 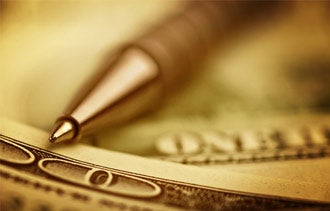 New York-based crowdfunding platform Kickstarter broke its previous record for the most any single project has raised in April with Pebble, a watch that synchs with your smartphone. So far (the funding round is not over yet), the watch has raised more than $9 million from over 61,000 backers. And while alternative funding appears to be on the rise, loan approval rates at the best banks across the nation have slipped, according to the most recent analysis from Biz2Credit, an online marketplace that matches small and medium sized businesses with lenders.

Banks with more than $10 billion in assets approved 10.6% of loans in April, down from the 10.9% approval rate in March, according to the report released today from New York-based Biz2Credit. That also marks a continuing decline from January and February of this year, when big banks approved 11.7% of small business loans.

Smaller banks, or those with less than $10 billion in assets -- recently the bright spot in an otherwise challenging lending market for small businesses -- approved 45.9% of loans last month, down from the 47.6% in March and February this year. Approval rates at credit unions also dipped slightly to 57.4% in April from 57.9% the previous month.

Part of the decline was attributed to a decrease in the number of loans demanded by small businesses and because the terms of loans guaranteed by the Small Business Administration changed in April, according to Rohit Arora, CEO of Biz2Credit. In an effort to stimulate the lending market, the government had temporarily sweetened the deal for SBA-backed loans for both the lender and the borrower. Those “sweeteners” expired in at the end of March.

However, while all other categories of lenders tightened their approval rates, the Biz2Credit “alternative lending” category -- including account receivable financiers, microlenders, Community Development Financial Institutions, and merchant cash advance lenders -- held steady and even showed slight gains compared with earlier this year. Approval rates for alternative lenders held their ground at 63% in March and April, but were up from the 62.5% and 62.4% approval rates in February and January respectively.

Meanwhile, crowdfunding, the term coined for raising small amounts of money from large groups of investors, has also increased in popularity as a source of funding for startups, thanks in part to legislation passed earlier this year that's expected to help the industry grow even more.

A report released today from massolution, a crowdsourcing and crowdfunding research firm, showed that crowdfunding platforms across the globe raised $1.5 billion in 1 million campaigns last year. In 2011, the largest geographic market was North America and the most popular sort of crowdfunding was donation-based crowdfunding, where an investor gives money without expecting anything in return.

Readers, how did your business raise money recently?

How Entrepreneurs Can Manage Their Business Finances With Success

Snap will face lawsuit stemming from a deadly crash after all

Carvana Shares are Stalling Out… But Maybe Not for Long