Want to Get Into the App Business? Try Buying One

By Jonathan Blum May 11, 2012
Opinions expressed by Entrepreneur contributors are their own. 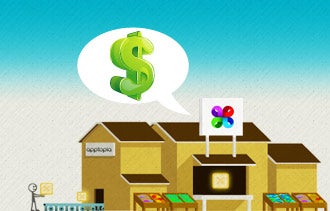 In the crowded business of smartphone and tablet apps, the money might not be in building apps from scratch, but in flipping them.

One way to get started is with Apptopia, a Cambridge, Mass.-based startup that enables developers, businesses and investors to buy and sell apps in online auctions. The site, which launched in April, provides everything from valuation to escrow services and intellectual property transfer.

“Essentially what we’re trying to do is broker mobile app acquisitions in an eBay style,” says founder and COO Jonathan Kay.

There are other online app markets, including SellMyApplication.com, but Apptopia is among the most developed conceptually and is particularly helpful in shepherding users through the sales process.

The idea is to create a Web win-win. Developers can turn their code into cash and entrepreneurs can find ready-made online businesses that they can then turn around and sell again.

There are a number of issues Apptopia aims to address. First, Kay and his co-founder, Apptopia CEO Eliran Sapir, noticed entrepreneurs spending money to build apps that already exist. Meanwhile, developers are constantly looking to unload their apps -- even apps with lots of downloads. Not every developer is a born entrepreneur and many aren’t interested in the administrative end, including the time it takes to support a successful app.

“If they could get four or five thousand dollars that’s awesome because it helps fuel the project they’re excited about now,” Kay says.

To start bidding, users simply sign up with their email address. The rest will be familiar to anyone who has bought items on eBay. Users fill out a profile, browse listings of apps and then place bids on the ones they want to buy, starting with a minimum bid set by the seller. In some cases, apps can be bought outright for a set price.

The average Apptopia purchase hovers around $7,500, but many apps are available for much less. Potential buyers don’t even need a login to navigate the site, which is searchable by category, downloads, bid price and monthly revenues. Shoppers can then view statistics about their potential purchases, which are updated daily.

The data is easy to read, but interpreting the numbers is the real trick. Good apps might appear to perform poorly because they are relatively new or because they’ve been marketed poorly. Others might be legitimate fixer-uppers. Ultimately, buyers have to rely on their best business sense before taking out a flyer on an app.

What to do with an app once it's purchased is up to the new owner. Jean-Marie Truelle, a New York-based investor, uses Apptopia to buy apps for his own bootstrapped mobile publishing company, JMT Apps. The real magic to Apptopia, he says, is how it simplifies the crowded app marketplace.

Making money on apps can be a tricky business, but Apptopia makes it at least theoretically possible for the smallest investors to get started. Savvy entrepreneurs can buy a niche app, figure out what needs to be improved and find a talented mobile developer to execute those changes, Kay says.

“You’re buying an asset with some revenue stream. … It’s unlikely that you will lose your entire investment,” he says.

Related: There's an App Maker for That