Mikal E. Belicove
Guest Writer
May 15, 2012 min read
Opinions expressed by Entrepreneur contributors are their own. 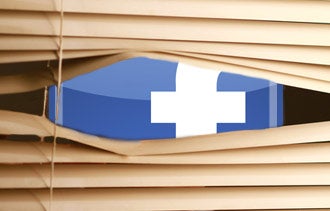 Such demands by employers could set a precedent for personal and online privacy, a situation where all the power is in one corner, making it difficult for people to get a job. And on the flip side, such action can open employers to claims of discrimination.

Last week, in an effort to make it illegal for an employer to compel or coerce access to any private information stored anywhere on the Internet, Sens. Richard Blumenthal (D., Conn.) and Charles E. Schumer (D., N.Y.) filed the Password Protection Act of 2012 in the U.S. Senate (SB 3074). Reps. Martin Heinrich (D., N.M.) and Ed Perlmutter (D., Colo.) introduced an identical bill, HB 5684, in the House of Representatives.

Also on the federal level is House Bill 5050, the Social Networking Online Protection Act, submitted by Rep. Eliot Engel (D., N.Y. 17), intended to prevent people already employed, seeking a job or admittance to schools or universities from being required to divulge their so-called “digital footprint” to potential employers or educational institutions.

Several states have climbed on the bandwagon, including California. That state’s Assembly last week passed AB 1844, making anything online that employees designate as private untouchable by potential or current employers. And last month, Maryland’s legislators passed SB 433, a bill that prohibits an employer from requesting or requiring an employee or applicant to disclose user names, passwords or other means for accessing a personal account online.

Facebook has even joined the fray, posting an entry on its Privacy Blog declaring the practice of asking prospective employees for their password as flying in the face of the social utility's Statement of Rights and Responsibilities. The post also warned that employers could expose themselves to claims of discrimination, citing as an example an employer who discovers online that the applicant is over a certain age and subsequently doesn’t hire that person.

Given all these recent actions, the writing is on the wall for employers who continue to compel or coerce potential hires to give up their passwords to social utilities like Facebook, Twitter, Pinterest and others. At this stage, it’s apparent that if you do so, it's at your own risk.

And while the Password Protection Act would certainly preserve a company’s right to control access to its own hardware and software used by employees for online work, the Act, if passed, wouldn’t enable employers access to private data found on servers, which can be construed as “protected computers.”

Stay tuned for developments on these fast-breaking legislative actions.