By John Patrick Pullen May 18, 2012
Opinions expressed by Entrepreneur contributors are their own. 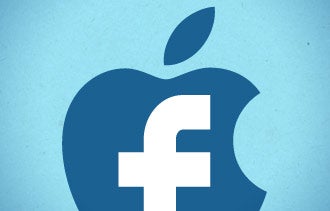 It often takes a special type of person -- and personality -- to lead a startup to soaring success. Take Apple co-founder Steve Jobs and Facebook's Mark Zuckerberg as prime examples. Each started a tech company that not only left their marks on Silicon Valley, but have created products that have changed the lives of millions of people.

But what can be said about Jobs and Zuckerberg as people, and leaders? While Zuckerberg considered Jobs a mentor, and Jobs, before his death last fall, expressed his admiration of Zuckerberg, both have independently exhibited tendencies to hold grudges -- just one of several personal and managerial traits the two leaders shared. They also are different in many ways, some of which may demonstrate a generational shift in the way bosses will lead in the 21st century.

Here we examine some of the similarities and differences between Jobs' and Zuckerberg's leadership styles:

Similarities
Desire for more than just money: Jobs famously made a salary of $1 per year, and Zuckerberg has promised to donate a majority of his fortune to charity.

Though his estate was worth $3 billion at the time of his death, Jobs put making the highest quality products in the world above anything else. And while Facebook's CEO is poised to become unbelievably wealthy with the company's IPO, his primary goal has been to connect people all over the world. In Facebook's SEC filing, a 2,200-word letter from Zuckerberg begins: "Facebook was not originally created to be a company. It was built to accomplish a social mission -- to make the world more open and connected."

Coldness: Jobs was unapologetic about his brusque management style. "If something sucks, I tell people to their face," he is quoted as saying in the Isaacson biography. "It's my job to be honest. I know what I'm talking about, and I usually turn out to be right."

Both current and former Facebook employees have described Zuckerberg as robotic, and in an interview with The New Yorker, he even called himself awkward. In the workplace, this detachment can translate into both frustration and great results in that Zuckerberg is fearless about trying new things, writes Facebook employee Andrew Bosworth in an internal memo cited in a Wall Street Journal article. 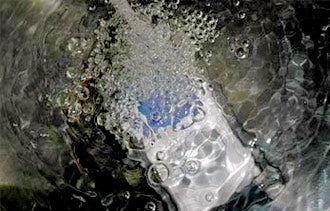 Hard-driving style: In a well-documented story dating to before the iPod's launch, Jobs demanded that the music player be slimmed down. Engineers maintained there was no way to reduce its size, so Jobs took the prototype and dropped it into a fish tank. Air bubbles seeped from the device, ending the conversation by showing the empty space still inside.

Similarly colorful stories of Zuckerberg's demands have yet to surface, but former Facebook employee Yishan Wong called him demanding, "with a monomaniacal focus on making Facebook succeed in its mission." Zuckerberg has little tolerance for others' feelings while meeting his goals for the company, Wong says.

Differences
Failure vs. unbridled success: After vaulting to an early lead in the personal computing wars of the early 1980s, Apple lost market share and direction and ended up ousting Jobs as CEO. It was his failure and time away from the company he helped create that many credit with his and Apple's eventual rebound. Jobs developed what would become OS X, the backbone of the company's software success, as well as cutthroat negotiation tactics that helped earn his company billions.

Related: What I Learned About Great Meetings from Steve Jobs

Zuckerberg, meanwhile, has yet to fail in any major way and show how he would react. It's rare -- if impossible -- for an innovator to hit every mark, every time, and this perfect record may leave some investors gun-shy about Facebook's high stock price.

Products vs. people: In terms of revenue, Apple is foremost a hardware company. That's because Jobs had a product-first sensibility and solved problems consumers didn't even know they had. Apple's devices and software are often so refined that users don't have to bother reading the product manuals.

Facebook, on the other hand, takes a people-first approach, continually adding functions and services that keep users interconnected in a variety of ways. This development approach, which Facebook calls "The Hacker Way" in its SEC filing, can make for a feature-rich experience, but it can also cause usability to suffer when new features are half-baked or too advanced for people to adopt easily.

Privacy vs. openness: Prior to the publication of Steve Jobs last fall, much of Jobs' personal life was a mystery -- almost as secretive as the company's unreleased products. While much of his life has been laid bare, it's important to remember that Jobs decided to cooperate with the production of the book only after it became clear that he was dying.

Zuckerberg has been more open about his personal life. This is partly a reflection of the media-saturated era he operates in, as well as the nature of his business. While Zuckerberg's Facebook profile is set to private, he does periodically make public posts and is forthcoming with details of his personal life, whether publicly pledging to donate much of his fortune to charity or sharing his own dietary issues.