Eyeing a HUBZone? Hold Onto That Status

By Diana Ransom May 23, 2012
Opinions expressed by Entrepreneur contributors are their own.

Locating in "historically underserved business" areas, known as HUBZones, has its advantages. The federal government allots 3 percent of its procurement spending on small businesses that call them home. But the HUBZone designation bestowed on these economically troubled areas can change quickly, depending on a variety of outside data sources such as the Bureau of Labor Statistics and the U.S. Census.

This place-based status can leave business owners who rely on this preferential access to federal contracts with uncertainty about whether they'll qualify down the road. 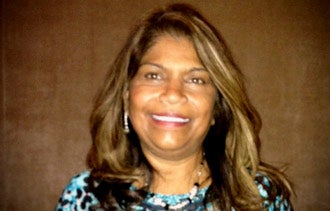 Shelly Fitzgerald wants to set up her new manufacturing firm as a HUBZone business to vie for federal contracts.

That's the quandary before Shelly Fitzgerald, the co-founder of Bosh Global Services, a Newport News, Va., company that supplies communications services for unmanned operations. She's hoping to start a manufacturing company that employs older women in the Newport News area who out of financial need must return to the workforce. She plans to launch with a HUBZone designation. "It opens doors with that kind of work. I'll be able to compete for more contracts," she says.

To be considered for HUBZone status, a small business must be principally located within a HUBZone -- that is, your office with the largest number of eemployees should be located in one -- and must employ a workforce where at least 35 percent of employees reside in a HUBZone.

Related: How the 'Little Guy' Can Partner With Big Companies

But if an area loses the HUBZone designation, there's nothing the government can do, says Mariana Pardo, deputy director of the office of HUBZone. "There's no area of the law that says we can grandfather you in," says Pardo, speaking at a panel discussion on federal procurement during the National Small Business Week events in Washington, D.C. "We're not given that authority in the law." 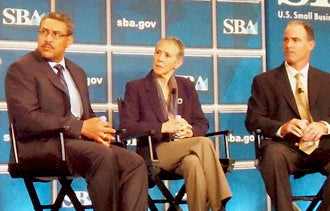 Mariana Pardo, deputy director of the office of HUBZone (pictured in middle) offered tips for how to maintain HUBZone status at a National Small Business Week event.

But, Pardo adds, business owners can mitigate their chances of losing that designation. Here are three ways to land a HUBZone designation and keep it:

1. Make being a HUBZone business a priority. "Instead of saying, 'X is what we do and what we are,' say, 'We are a HUBZone business and X is what we do and who we are,'" Pardo told Entrepreneur.com. By saying that your business wants to encourage economic development in an area, you'll attract people who share that goal. Not only will you be able to better recruit people who live in HUBZones, knowing your business focus, some employees may be more willing to move to one as a part of the job.

2. Hire workers who reside in HUBZones. To qualify for contracts under the HUBZone designation, a company must be principally located within a HUBZone and at least 35 percent of a company's staffers must reside within a HUBZone. To ensure that you continue to meet those criteria even if employees leave the company, they move away or an area loses its HUBZone designation, make sure that more than 35 percent of workers live in HUBZones. Pardo says that ideally, 45 to 50 percent of employees will reside in a HUBZone. Pardo suggests possibly giving some employees a housing subsidy for moving to a HUBZone if need be.

For more on the HUBZone program and to see a map indicating eligible locations, head to the SBA's website. Pardo also recommends contacting your local economic development agency.

What's your best advice for would-be federal contractors? Share your thoughts and exchange views in the comments below.