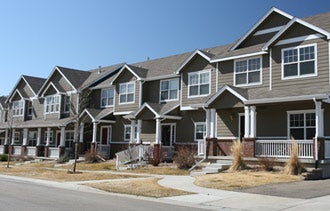 Small businesses in states that were hit hardest by the collapse of the housing market – including Nevada, New Mexico and Florida – are having an especially hard time getting access to the capital they need to grow and hire.

“Many small business owners look to home equity as a potential source of financing,” says Dr. John Paglia, director of the Pepperdine Private Capital Markets Project and Associate Professor of Finance at the University’s Graziadio School of Business and Management. Therefore, in states where home values really cratered and individuals lost a lot of wealth, “it is really creating some headwinds on their growth opportunities,” says Paglia. 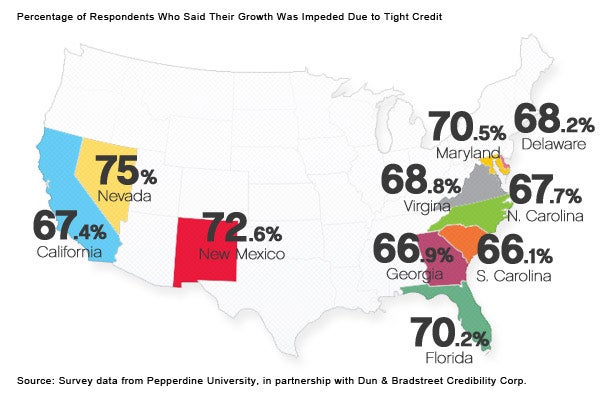 In addition to knocking out business owners’ wealth, the housing market bust took a toll on the banks that serve those regions. In turn, “to the extent that they still hold portfolios of real estate assets, they are having a difficult time feeling comfortable with the risk that small businesses typically pose,” says Paglia.

Meanwhile, states that have come through the housing market collapse more robustly are seeing far fewer small business owners complain that credit conditions are hampering their growth. For example, Nebraska, which has a healthy and competitive housing market, had only 37.5 percent of small business owners report that the current financing environment was restricting growth opportunities. And in South Dakota, another state with a stable real estate market, 43.8 percent reported struggles.

The smallest businesses are being held back the most. Two thirds (64 percent) of those businesses with revenues under $5 million said that the current finance environment was restricting growth – and more than half (55 percent) said it was restricting their ability to hire. For those with revenues between $5 million and $100 million, 47 percent reported that the finance environment was preventing their expansion.

Related: 4 Mistakes to Avoid When Applying for a Bank Loan

Another reason that businesses are dipping into savings is to fill the gap in cash flow created by slow-paying customers. More than one third (36 percent) of all respondents said they are being paid from customers slower than they were three months ago. A slowdown in the payment schedule trickles down: it “causes them, themselves, to delay their payments to their suppliers,” says Paglia.

Readers, how and from whom have you been able to get access to enough capital to run grow your business?