By Gwen Moran July 2, 2012
This story appears in the June 2012 issue of Entrepreneur. Subscribe » 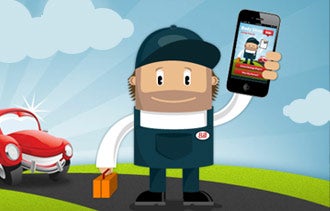 A combination of forces led BodyShopBids founder Brad Weisberg to start his business. In July 2011 he lost his job at social travel app WhereIveBeen.com. He had access to Lightbank, a Chicago incubator and VC firm launched by Groupon founders Eric Lefkofsky and Brad Keywell. And he finally had time to work on an idea that had been percolating since he walked out of a restaurant in 2005 to find a dent in his silver Infiniti G5.