SnagFilms Lands Another $7 Million in VC for Indie Flicks 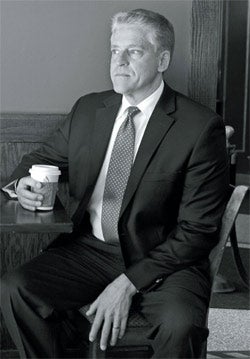 Even with high-powered producers such as AOL vice chairman emeritus Ted Leonsis and media executive Rick Allen, the odds against the documentary Kicking It finalizing a distribution deal were dizzying. After all, this was a flick about a social enterprise that uses soccer to help homeless people--not the easiest of sales.

Kicking It did end up as one of seven documentaries that landed deals at the 2008 Sundance Film Festival. But the nail-biting experience gave Leonsis an idea: Use technology to get bigger audiences for independent films.

That same year, Leonsis and Allen founded SnagFilms in Arlington, Va. The goal was to secure distribution rights to a large, curated collection of indie productions and offer them via the growing number of media channels. Allen says rights deals are crafted individually for most films, including those to surf documentary Splinters, the first of the company's properties in theatrical release. At roughly the same time it launched, SnagFilms acquired Indiewire, which Allen calls "the Daily Variety of the independent film circuit."

SnagFilms has amassed a diverse library of more than 3,000 films. Revenue comes through two channels: advertising embedded in film streams over the web and on more than 100 devices, including tablets, smartphones, connected TVs, set-top boxes and game consoles; and through transactional distribution, ranging from pay-on-demand offerings on cable, satellite and telephone systems to download-to-own or rental services like iTunes and Amazon, as well as through subscription services like Hulu Plus and Netflix. Meanwhile, Indiewire's traffic has increased more than twentyfold since the acquisition, Allen says.

In January 2012 SnagFilms announced the close of a $7 million round of equity and debt funding, adding to the $10 million round it closed in late 2010. Aside from Leonsis, early investors included AOL co-founder Steve Case and his wife, philanthropist Jean Case, through Revolution Ventures; the John S. and James L. Knight Foundation; and VC firms New Enterprise Associates and Comcast Ventures. Two newcomers in the most recent round include former Yahoo CEO Terry Semel and David Fialkow, co-founder and managing director of VC firm General Catalyst Partners.

"Snag has some of the best high-quality content out there on the internet," says Comcast Ventures managing director David Horowitz. "A lot of [those filmmakers] don't have the skill sets or experience to get distribution deals with companies like Comcast. Having an intermediary who can act on behalf of the filmmaker to get distribution and monetization is a really exciting idea."

After a big technology build-out in 2011, which included a website overhaul and a number of new platform applications, the focus at SnagFilms now is on acquiring more content and investing in marketing to increase visibility and drive downloads. Additionally, Allen says, the company will continue building its technology and channel infrastructure, finding more ways to get indie movies onto screens, large and small.