Grads: Want to Be an Entrepreneur? Get a Job (Opinion)

By Scott Shane May 28, 2012
Opinions expressed by Entrepreneur contributors are their own. 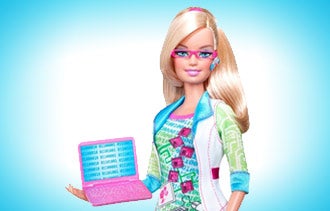 It's college graduation time, and amidst the partying, thousands of those leaving school are contemplating their entrepreneurial dreams. What should school-leaving, would-be entrepreneurs do next?

President Obama wants to them start businesses. His motivation is simple. As the Small Business Administration has said: "With youth unemployment twice the national average in many communities, particularly communities of color and veterans, the Obama administration recognizes a need to promote and better support the efforts of young people to create jobs for themselves and others."

Among the many policies and programs the current administration has put forward, the one that might provide the greatest incentive for recent college graduates to start companies is the plan to limit student loan payments to 10 percent of a person's income. By cutting the amount of money entrepreneurs need to generate to cover their personal expenses this plan would make more marginal new business ideas viable.

While this program would certainly spur more young people to become entrepreneurs, it isn't a good idea.

The performance of businesses started by recent college graduates is relatively poor. Successful entrepreneurship requires knowledge of many aspects of business best learned on the job -- seeing what customers need, understanding how to manage people, knowing how to sell, and so on. Thus it is not surprising that all measures of start-up performance examined by researchers -- whether sales, profitability or survival -- increase with the amount of work experience entrepreneurs have, particularly in the industry in which their company is competing.

Financing a new business is also very difficult right out of school. Few new businesses receive capital from anyone other than their founders, so entrepreneurs' savings are crucial to new business capitalization. The most recently released Federal Reserve Survey of Consumer Finances data show that the median net worth of a household headed by someone under 35 was $11,800, as compared to $120,300 for all households. Further, external sources of capital, including banks, credit card companies, finance companies, favor older borrowers with longer credit histories. Because new college graduates typically have little savings, their businesses are often undercapitalized. And research shows that undercapitalization reduces the success chances of new companies.

Lacking in human and financial capital, young people face much lower odds of entrepreneurial success than their older counterparts. These low odds mean that pushing young people to start businesses is costly. The majority of new businesses fail within six years, as numerous studies show. Chances are good that young entrepreneurs will need to get jobs after they try their hand at entrepreneurship.

But having started a business makes a person worse off in the job market. As Rui Baptista of the Technical University of Lisbon and colleagues explain: "The labor market imposes a penalty for business ownership experience." Trying one's hand at self-employment makes getting a job harder, as a 2004 paper by Donald Bruce of the University of Tennessee and Herbert Schuetze of the University of Victoria shows. What's more, each year of self-employment reduces later wages by between 5 and 8 percent, research by Ulrick Kaiser and Nikolaj Mallchow-Moller indicates.

Contrary to the popular opinion that college graduates with entrepreneurial dreams should start businesses right away, research shows it's better to build up financial and human capital first. The Obama administration ought to consider these findings when designing youth entrepreneurship programs.

Related: A Young Entrepreneur's Best Friend is His. . . Mom?