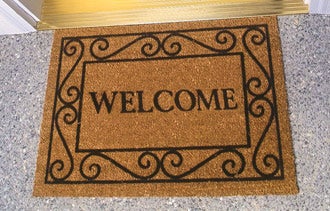 Daniel Pahos should have been ecstatic: His in-home senior-care franchise had doubled its sales two years running. Instead, Pahos found himself contemplating whether to abandon the Birmingham, Ala., Home Instead Senior Care franchise he had built into a thriving enterprise and community mainstay.

Come 2003, after six years of steady and sometimes spectacular growth for his operation, Pahos was prepared to exit a business he loved because not only was it performing beyond his expectations, but it was also growing beyond his capabilities. "The growth was great, but at what cost? I could see the quality of our service slipping, and I felt I didn't have the skill set to manage a business growing this fast," he says. "I definitely considered selling [the franchise]. As a businessman, it was scary--scarier for me than the startup process was."

As ill-equipped as Pahos says he was to take the necessary steps to scale up his business, he also admits he "was having way too much fun and too much success to sell it."

So Pahos, whose operational and management skills admittedly lagged behind the sales expertise he'd developed as a commission-reliant corporate salesman, stepped back from the brink of surrender, then turned to Home Instead co-founder and chairman Paul Hogan and his team for help. Now, some nine years later, Pahos remains one of the longest-tenured and most successful franchisees in a Home Instead network that in 18 years has grown to include more than 900 units in 16 countries. Pahos was named Small Business Person of the Year by the Birmingham Business Alliance in 2010, while the franchise he has presided over for 15 years has continued to grow.

Due in large part to timely support from his franchisor, Pahos once again has his operation well in hand. "What Paul Hogan did at that critical juncture was provide me with the leadership training and mentoring I needed to take my franchise to the next level," Pahos says.

"The Home Instead staff immersed itself in my business and really showed me how to scale up--to build departments, create a culture, hire the right people and put the right systems in place."

Hogan says Pahos deserves much of the credit for working through the crisis and making the Birmingham franchise one of Home Instead's most consistently profitable. "Dan's the same today as he was when I met him 15 years ago," Hogan says. "He's always ready to roll up his sleeves. No aspect of the business is below him. He's a super team player who leads by example, which gains him a lot of respect from the people around him. He has the ability to attract and train and mentor key people on his staff, who then execute the plan he's laid out for them."

Ongoing support from Hogan and his team has helped Pahos mature as a businessperson, so now instead of flinching in the face of growth, he can appreciate it. "There's a lot of satisfaction in knowing you created something from nothing," Pahos says. "There's also satisfaction in providing jobs and taking care of the elderly. It's an honor and a privilege to serve these folks. You feel like you made a difference in people's lives."