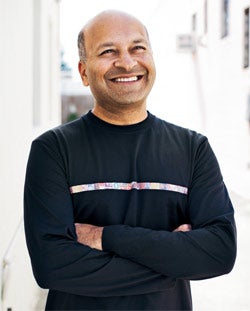 When Hemanga Das, founder of AppCurry, set out to work on his latest interactive game, Talking Car Zippy, he had the skills but not the time--his day job as a software engineer saw to that. "I first thought of the app a year ago, but I couldn't find time to do it," Das says. "I needed a team to deal with animation, audio and video. I couldn't do it all myself."

His solution was to shop for the parts he needed at San Carlos, Calif.-based Verious, an online store for prebuilt software components, source code and programming tools that developers can plug directly into their apps. "I bought audio recording and playback capabilities that worked perfectly," Das says. "Buying them saved at least a month of my time. I also saved about $1,000 to $5,000 compared to hiring somebody else to do it from scratch."

The Verious marketplace features thousands of components that enable app developers to integrate content and data services like messaging, social networking and location, as well as monetization tools like advertising and payment processing. Even better, many components are available as free trials. If a developer likes how the module works, he or she can license it.

"We sell building blocks," says Verious founder and CEO Anil Pereira. "Every component listed on the site took the publisher weeks or months to create, so why bother reinventing the wheel? The time savings is huge."

Pereira, who has been in Silicon Valley since 1997, sees the same development cycle in mobile apps that he witnessed in websites: a transition from expensive, customized work to easy, affordable plug-ins and interfaces that anyone can use.

Hundreds of iPhone and Android apps already have Verious components under the hood. Verious takes a 30 percent cut of all software licenses sold through the site; the company also generates revenue from direct e-mail marketing programs. As an industry boost, it has teamed up with online employment platform Elance to connect prescreened, experienced freelance developers with paying gigs.

"We're building a community around mobile app development," Pereira says. "There are tons of companies clamoring to reach these developers but [no centralized online hub] to reach them and directly market to them. We're meeting a significant need."