What's the .Deal with the ICANN 'Reveal Day' and the New Domain Names?

By Mikal E. Belicove June 14, 2012
Opinions expressed by Entrepreneur contributors are their own. 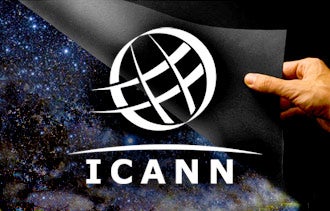 There's a lot of hoopla over the release of a list of businesses that have applied for new Web suffixes, replacing the mundane ".com," ".org," ".gov" and 19 other generics. The Internet Corporation for Assigned Names and Numbers (ICANN) went ahead and labeled yesterday "Reveal Day." It might be tempting to get in on the action.

A total of 1,930 new generic top-level domain names have been received in what could be an enormous expansion of the ICANN online domain name system. Everyone, it seems, wants to climb on board, claiming dominion over everything to the east of the dot in a URL.

The list of contenders for these extenders includes Google, Apple and Amazon, along with retailing giants Wal-Mart, Staples and Macy's, and blue-chippers American Express and General Motors. The list shows that Google has applied for more than 100 domains, including ".google," ".youtube," ".book," ".ads," and ".app."

Amazon snatched up ".amazon" and 75 others, while Apple went for ".apple," but not ".mac." One registrar, Donuts Inc., which recently raised $100 million to fund its domain registry efforts, secured more than 300 generic top-level domains, known as gTLDs, dishing out nearly $57 million dollars in applications fees.

Sixty countries are represented among the nearly 2,000 applications received, with 675 from Europe, 303 from the Asia-Pacific region, 24 from Latin America and the Caribbean and 17 from Africa.

All fascinating stuff, but the question remains: Should your organization apply to operate a new top-level domain?

First, let's look at the benefits:

And now for the potential drawbacks:

But despite the pros and cons, consumers will be the ones who ultimately determine if this individualized domain program really takes off. Will we choose to type www.92651.weather or weather.com to find out what the forecast is for Laguna Beach, Calif.? If users embrace the new domains, the companies that control them could bear considerable influence on Web traffic. And if that's the case, then a simple suffix could spell success.