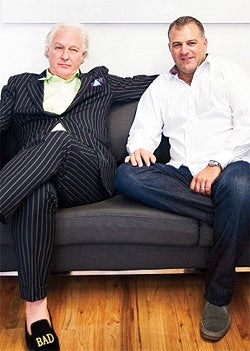 Don't talk to J. Christopher Burch about plain black staplers, boring tape dispensers or those ordinary yellow No. 2 pencils beloved by creators of standardized tests. The venture capitalist and co-founder of fashion label Tory Burch has no patience for utilitarian office supplies. That's why he founded Poppin: to bring a bit of pizzazz to the market, which brings in $20 billion annually.

In 2009, Burch's VC firm, J. Christopher Capital, provided seed money for a small group of design, customer-service and other professionals on a singular mission: to create eye-popping office products at low prices. Burch brought his refined design sensibility, not to mention an enviable roster of contacts in every area from manufacturing and distribution to retail and finance--including Randy Nicolau, who had sold his online data-management platform company, Demdex, to Adobe Systems in January 2011 and was looking for a new project to join.

New York City-based Poppin seemed a likely candidate for Nicolau; the company, which had an 85-product soft launch in June 2011, was the only strictly e-commerce operation in Burch's portfolio. Nicolau researched the sector and realized that three of the top 10 internet retailers were major office-supply companies; also on the list were Amazon and Wal-Mart, both of which sell office products.

"I sat back in my chair and said, 'Wow.' This is a huge market, with five of the top 10 internet retailers all competing on this model--buying that same black stapler from Swingline and competing with each other only on price," says Nicolau, who bought a "significant share" of Poppin in December 2011. (The team won't disclose specifics.) 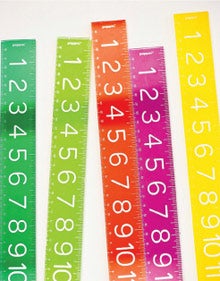 With the site still in beta, Nicolau turned to VC firms First Round Capital and Shasta Ventures (which had both funded Demdex) to back Poppin. They led a $6 million round that closed in February. The money is earmarked for activities surrounding a planned September relaunch, when Poppin will triple the product assortment and add categories like furniture and work style.

The team is also building its infrastructure in China, where most of its manufacturing takes place. While Nicolau says Poppin doesn't have the resources to enforce demands related to employee working conditions there, he says it's an area that's important to the team. Poppin uses facilities where larger companies are already doing business and have obtained proper certifications.

Poppin's website employs snappy copy and graphics, and in September the company will offer core products in 10 colors with eye-catching packaging (currently many products come in just one or two colors). It's all in an effort to extend the brand's "not your father's office supply" aesthetic. The team expects to be back in the capital markets early next year to raise more money to fuel growth plans.

Says Burch: "We believe it's an open market for beautiful products."