3 Reasons to Skip the Business Plan 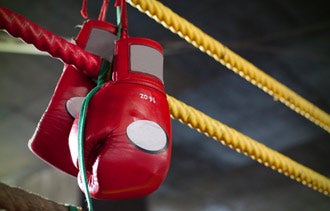 World champion boxer Mike Tyson once said, "Everybody has a plan, until they get punched in the face."

Starting a business is like a prizefight, and the demand for a written plan as the de facto document in startup investment has always perplexed me.

Sure, you can lay out a proposed path to success, but the road will be full of surprise punches. More important than attempting to forecast is knowing how to duck and weave.

For exactly that reason, many top investors and incubators are shifting their views on written business plans. They would rather see founders building their concepts than spending time writing down ideas. Here's why I believe this dynamic is taking hold, and why business plans may be on the way out.

The drill-like structure of a business plan may be a valuable exercise to get novice entrepreneurs thinking about the future. But it continues to be a bottleneck for those who have the creativity and drive to build something amazing, but lack the time or skills to articulate and display it in a formulaic written plan. I'd argue that the former talents are more in demand than the latter.

True entrepreneurial skill comes not from knowing whether the punch is coming, but from having a Plan B when it does come. Tyson became an undisputed heavyweight champion because he knew the fight plan would always change. Likewise, savvy entrepreneurs should focus far more on their products and the eventual pivot points than on sticking to a written plan. Investors and customers want to know you are thinking about the future, but they really want to know you can handle anything the future may hold, left hooks and all.