5 Scenarios for the U.S. Supreme Court Ruling on Health Care

By Diana Ransom June 21, 2012
Opinions expressed by Entrepreneur contributors are their own. 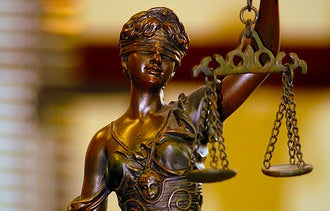 Even a betting man would stay away from calling this one.

The U.S. Supreme Court could in the next several days strike down a provision in the Affordable Care Act that requires individuals to purchase health insurance or pay a penalty. Or, it might not.

Exhibit A for those betting against the health-care law: The seemingly harsh line of questioning -- which includes the now famous broccoli query from Justice Antonin Scalia -- lobbed at attorneys for the federal government during the Supreme Court's three-day hearing on the case back in March. As such, on Intrade, a site that allows people to bet on the outcome of events, the odds are 76 percent that the Court will eliminate the mandate.

By contrast, the law's advocates are convinced that the 26 states and organizations pursuing the legal case against the health-care law have only a flimsy constitutional leg to stand on. They say that Congress has -- since the New Deal -- had the power to regulate anything that is in the stream of interstate commerce or that has implications on it.

Still, the only thing critics and advocates know for sure is that no one knows exactly how the High Court will rule. While that's probably not what small-business owners who treasure stability and certainty want to hear, girding for hard knocks is hardly a foreign concept, either. To help you get a handle on what's to come at the end of the month, we examine these five possible outcomes:

How do you think the High Court will rule? Leave a comment and let us know.