By Ivan Misner July 11, 2012
Opinions expressed by Entrepreneur contributors are their own. 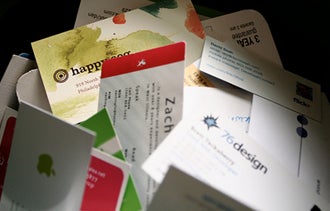 The old saying that we "treasure what we measure" -- and vice versa -- turns out to be highly relevant in networking.

Related: To Develop Your Network, Target Your Market

The survey asked about using systems in multiple ways:

In each case, people who used systems generated more business. This clearly indicates a correlation between implementing systems and getting results. The more systematic you learn to make your networking, the more productive you can be.

In a world where the news media regularly reports the latest sports scores, stock market numbers and the weekend’s top-grossing films, wouldn’t you think business networkers would just naturally track how much they’re getting from their efforts? Yet in the survey, more respondents said they did not have a system than said they did. And more women than men said they didn’t have a tracking system.

While systems for following up, staying in touch and tracking results are key to networking success for both men and women, they’re especially vital for women. Because of family and other responsibilities, many women have fewer hours to spend networking and need the productivity benefits of a system.

What should you track with your networking system?

There are many ways business people reward those who send them referrals: A female consultant sends bouquets of flowers to men, an owner of a music store sends concert tickets, and a financial planner sends change purses and money clips.

Here is the key point: If you develop and use good systems, they will enable you to get better networking results in much less time and will free up more of your time for family and personal life. The upfront investment in developing and implementing your system will enable you to spend much less time going out to find new people for your network and more time working with contacts you’ve already established within your network.