Stay Connected to Home While Traveling with Internet Radio 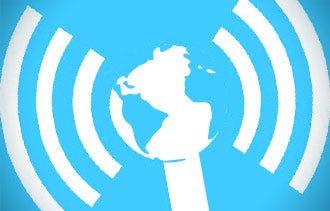 There's a snarl on the Dan Ryan, half-hour delays on the Eisenhower, a multivehicle dust-up on the Stevenson. In other words, Chicago traffic is its usual mess. But what do I care? I'm in a hotel in Alabama.

Instead of the TV, the voices in my room come from Chicago radio station WBBM. By listening in, I get a slice of the city's life: stories about the Cubs, a local museum exhibition, a controversial statement by Mayor Emanuel. I even hear commercials--"Take a vacation in your own backyard!"--for products and services unavailable elsewhere.

That's the magic of internet radio. I've listened to my Boston Red Sox play while working in a dozen countries, including lingering before dawn in the lobby of an Italian pensione to catch the end of a game via a weak Wi-Fi signal. I keep classical music on in the background, unless I'm in the mood for alt-rock or country. I listen to interviews with winemakers on GrapeRadio and to archived NPR shows whenever I want them. And when there's a political primary, important British soccer match or some other local or regional news I care about, I get it directly from the source.

I love to fall asleep to a midday talk show from South Africa, or wake up miles from anywhere to urgent dispatches from a major city. And when I'm in New York, in some tall building looking out at other tall buildings, I always get ready for dinner to the strains of zydeco from a station in rural Louisiana. (Small wonder I'm always craving red beans and rice.)

All of this makes this traveler's life decidedly more enjoyable. But there's a practical side, too. The vast majority of stations are free--sports broadcasts are the exception, but for less than $20, I can access every Major League Baseball game, all season long--and learning about a place before you go can enhance your travel experience. In the month before I went to Liverpool, England, I listened regularly to all-local programming on BBC Merseyside. I fell in love with the city before I ever set foot there. I've returned to the station often in the four years since, though I have no plans to return to Liverpool.

One of the best uses of internet radio is to nurture the comforts of nostalgia. When I'm missing my Connecticut boyhood, I dial in to WBZ, "the Spirit of New England."

Recalling time spent in Southern California, I'll stop at KNX, where the names of the freeways jingle like poetry. And nothing reminds me of my long-ago year in Spain quite so much as hearing one of the stations I listened to in Seville.

In an increasingly homogeneous world of CNN, USA Today and SiriusXM, broadcasts from somewhere in particular help remind me that there's something unique about every place I go. After reveling in that notion of sense of place, the last thing I want is dinner in a chain steakhouse.

BBC Merseyside
There's a BBC station for each part of the U.K., but this one, serving Liverpool, has the strongest flavor. A varied mix of talk and music, with announcers who sound like Beatles.

KZSC
DJ Oliver's "alternative, free-form, underground" show on this station from the University of California at Santa Cruz offers a jolt in the morning.

WMMT
Perhaps the most eclectic station on the internet, WMMT in Whitesburg, Ky., serves Appalachia with everything from bluegrass to cooking shows to messages from local prisoners to their families. A go-to choice when the blandness of travel starts getting you down.

720 ABC Perth
Tune in for the phone-in shows. Located on the far side of Australia, Perth seems to have more than its share of colorful
characters, and their heated discussions are wonderfully entertaining.

730CKDM
Some of the best country music stations are in central and western Canada. This one, from Dauphin, Manitoba, offers a nice mix of current and traditional favorites.

KNX
CBS stations around the U.S. tap into network commentators such as Charles Kuralt, but each has its own flavor. With this one you get a taste of Los Angeles without having to deal with the city's legendary traffic.

If you go, don't expect to be embraced warmly, or even embraced at all. Tongans like to keep business relationships at arm's length, and close contact--especially between members of the same gender--is strongly discouraged. Participants in meetings will often be widely spaced, which makes sense from a culture that communicates by shouting across streets.

After a day of work, the men in your group may be invited out for kava root, a nonalcoholic relaxant. Women aren't allowed to drink it; in fact, they can touch it only if serving it. Missing out on that can have its advantages, though. The festivities typically last eight or nine hours, time that might have been spent harvesting quite a few vanilla beans.