How to Build Your Business by Working With the Competition 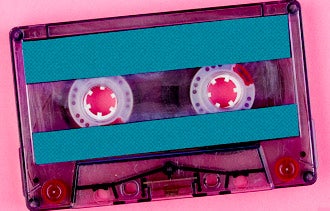 Chris Mara spent nearly half his life being part of other people's dreams. As a sound engineer in Nashville, Tenn.'s world-renowned recording scene for more than 14 years, he worked in various studios recording hits for name-brand music acts.

In early 2008, Mara's gut told him he should make a go of it on his own--he needed his own facility. But how in blue tarnation was he going to stand out in a landscape where recording studios were already as pervasive as barbecue spots?

"I didn't even know what a niche was," Mara admits. "I was trying to do my thing and stay in my lane." What he did know was that in Nashville, a "studio" could mean many things, from a few pieces of equipment in someone's basement to a state-of-the-art destination for world-class talent.

Lacking cutting-edge, high-tech gear, Mara was struck with a realization that would become the guiding principle behind his new business: "What I don't have is what I have." He founded Welcome to 1979, a niche studio with analog recording equipment from the 1970s and early '80s. Devoid of the latest digital technology yet ripe with vintage appeal, his studio helps modern musicians accurately re-create classic sounds.

"I think the most useful result from actively gathering my competition has been the knowledge that, as studio owners, we all face the same kinds of problems."
--Chris Mara, Welcome to 1979

Mara quickly found himself garnering referrals from many of the bigger studio managers in Nashville, who didn't consider him direct competition. But he also relied on building a network with similar vintage studios in other cities. "Geography plays a big role in where people record," Mara says. "An analog studio in Minneapolis isn't really competition for us, even though we both provide pretty much the same services."

In Mara's estimation, building a competitive network is 80 percent altruism and 20 percent business. "All I really want to do is help people," he says.

If that means sending a band to someone else's studio, he'll do it. The upside, he maintains, is that other analog studio owners remember where that referral came from:

"It's not about losing a client, it's about helping our industry thrive. If I can do that by sending someone to an analog studio 30 miles from his house when mine is a three-hour plane ride away, why would I not do that? They'll eventually do the same thing for me. Happens all the time."

Mara actively works to bring his industry together. He hosts Tape Camp workshops and an annual producer/engineer summit that attracts analog enthusiasts and other studio owners. The events are wholly collaborative, covering topics that range from mixing techniques to how to set rates. "I think the most useful result from actively gathering my competition has been the knowledge that, as studio owners, we all face the same kinds of problems," he says. "We're not alone. We're all here to run businesses doing what we love, and that always comes first."

Mara demonstrates that embracing the competition can do wonders for building a sustainable business. And working with, rather than against, his fellow studio owners has helped him build a community with some pretty epic results. At the 2010 producer/engineer summit, Mara hosted a Skype call with musician and audio engineer Alan Parsons to discuss the recording and mixing of Pink Floyd's legendary album Dark Side of the Moon.

"If I were just some guy in a recording studio, I would never have been able to have that conversation," Mara says. "But my dedication to our industry and the respect of fellow studio owners made it possible. That's what using your competition can get you."