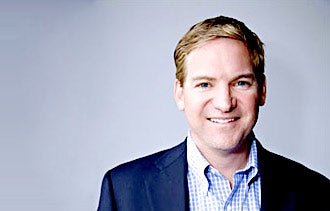 Breakout business: G5
G5's second-floor office space in downtown Bend looks like the stage set for a sitcom about a postmillennium tech company. There's the cooler stocked with Red Bull, the exposed heating pipes and bare concrete floors, the dartboard for blowing off steam--even the requisite canine trotting between desks in the open-space work area.

"No one works in offices anymore," says CEO Dan Hobin, who founded the company seven years ago. "They all want to work in a Starbucks. So this is like one big coffee shop." At last count, G5 had 130 employees and a 43 percent annual growth rate. Its 2012 billings are expected to top $22 million. From the original concept of providing internet marketing for self-storage facilities, it has expanded its online services to owners of retirement homes and multifamily apartments.

Hobin came north from California in 2002 and co-founded the Bend Venture Conference. "No one here even knew what a venture conference was," he says. "We wanted to start the conversation."

But after two years of entries, he couldn't find a company he wanted to invest in. So he started his own. His brother owned multiple self-storage units in Los Angeles and had little internet presence. That led to G5, a marketing tool for a category of business that typically isn't tech-savvy.

"We bootstrapped the company for five years," Hobin says. "I couldn't have done that in Silicon Valley, but you can run a company for a lot less money in Bend. I'd also have to compete with 50 other companies for my employees. They'd jump across the street for a better job."

Help from friends: Agere Pharmaceuticals
Agere founders Dan Smithey and Marshall Crew had been living in Bend since the '90s. They met while working at Bend Research, which was founded in 1975 as an outpost of technology in a sea of timber--"a neat little company that was doing cool science," Smithey says.

By 2007, they'd formulated an idea for a company that would develop and manufacture materials for clinical trials. But where to do it? That's when they experienced one of those Bend moments that has prospective entrepreneurs flocking. "We met someone who happened to be a world-class guy in the electronics business and happened to live here," Smithey says.

Ron Rohrer--founder of Performance Signal Integrity and the 2002 winner of the prestigious Phil Kaufman Award, which honors individuals who have made significant technology advances--had retired to Bend. "He mentored us and ended up investing in us," Crew says. "It never would have happened if we'd gone somewhere else."

Agere is expected to double in growth this year and is now up to 20 employees. "You wouldn't believe the number of conversations we've had through the years about whether we could do this in Bend," Smithey says. "So to see all this happening now is kind of shocking. We wouldn't want to be anywhere else."

The dream team: Element 1
Four entrepreneurs, each of whom has started at least one previous company, sit around a table. Three--Rob Schluter, Dave Edlund and Peter Hall--are principals in Element 1; the fourth, Greg Haugen, is their CFO.

The Element 1 concept is rarefied. It is one of perhaps five companies worldwide that offers products that generate hydrogen on demand. It started shipping product in the fourth quarter of last year and will bill $500,000 in 2012. Once the product gains a reputation for reliability, Schluter says, "just one project from one customer can mean tens of millions of dollars."

The principals of Element 1 all came to Bend because they loved what the area offered. Schluter arrived in 1998. "If you wanted to live here then, you had to create your own job," he says. "Dave and I were neighbors, and we'd look down our street and realize that in maybe 70 percent of the houses, there was someone who owned a business."

The percentage of entrepreneurs may have declined somewhat as the more successful startups ramped up their hiring. "But there's still a critical mass," Schluter says. "Just look around this table. Everyone knows what it's like to start and run their own business. It's an embarrassment of riches."