By Jennifer Wang August 23, 2012
This story appears in the August 2012 issue of Entrepreneur. Subscribe » 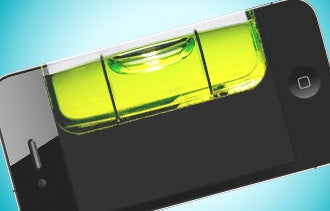 Get It Built
Self-service platforms are acceptable options if you don't have an in-house developer or the cash to hire a contract worker. Services such as Bizness Apps, Appmakr, ShoutEm and many others provide a solid app presence for as little as $30 to $40 a month, with add-on fees for Android and iPad versions.

Andrew Gazdecki, CEO of San Francisco-based Bizness Apps, says that with his service, you can build an app within an hour through a drag-and-drop template, full of business-minded features like shopping carts, loyalty programs, in-app purchases and mobile-ordering systems.

Some entrepreneurs--even inexperienced ones--choose to handle things themselves. Born out of its founders' desire to document happenings outside of Facebook, the Capsule app lets users share photos, tags and comments in real time during events, through invite-only "capsules." Cyrus Farudi and Omri Cohen decided to build the product themselves, armed with a little seed money and a lot of bootstrapping. Nobody on the founding team was a mobile-app developer, so they contracted tech-savvy friends to help with engineering.

Ideally, they say, they would have hired someone as an in-house developer. "If you're going to try the lean-startup approach and pick your core features and keep iterating on them, that won't work with a third-party developer," Farudi says. "They won't be there at 11 at night."

Get It Out There
One of the major benefits of using a self-service platform is that they can take care of the App Store submission process. "We take the guesswork out of it, and have designed a checklist around getting apps approved," Gazdecki says. Bizness Apps claims a 99 percent app-approval rate and about 1,000 apps published per month--meaning it currently powers about 1 percent of all apps in Apple's App Store.

But let's say you've built an app on your own platform or through a third party. The next step? Open a developer account through iTunes, submit the app--and wait. The approximate time for approval or denial is five to seven days, but results can vary dramatically.

Capsule launched Jan. 19 after nine months in development and a flawless iTunes submission. Approval came in less than 48 hours. "We were nervous, since we'd heard the horror stories, so we did a lot of testing and researching on the submission process," Farudi says.

Others are not so lucky. Nick Smoot and Allen Hartwig, founders of business networking service Here on Biz, were on hold for much longer. After a careful 10-week build using Appcelerator--a developer platform that translated code Hartwig wrote in JavaScript into a native app--and extensive beta testing on multiple iOS devices, they submitted the app. They were rejected within seven days. Apparently, the app had crashed--the code changed slightly when built for App Store distribution, causing it to fail. "I don't know what we could have done differently, because the code worked completely fine in the build," Smoot says.

Eventually, they worked out the kinks, and their application was approved after a three-week wait (on their third submission). Here on Biz has since been downloaded by users in more than 16 countries.

10 Deals on Apple Products and Accessories