For Microsoft Office Users, Newest Version Might Cause Headaches

By Jonathan Blum and Alex Dalenberg July 17, 2012
Opinions expressed by Entrepreneur contributors are their own. 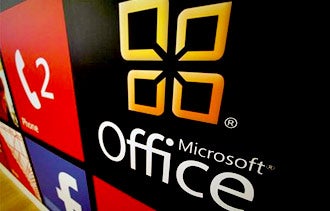 The new features that come with the recently announced Microsoft Office 2013 -- such as a touch-friendly interface and new Internet-oriented collaborative features -- are sure to be useful tools for businesses large and small. But when it comes to switching from an older version of Office to this one, the interface is so drastically different that it might be too much for many users to make a quick adjustment.

And for companies that are already using plug-and-play apps such as Google Apps or Zoho, upgrading to the new Office might not be a consideration at all.

So, does the new Office make the case for replacing the tools you already use? Here are our initial impressions of the free Office 365 preview and what they mean for small-business users:

The new Office embraces change.
Combined with Microsoft's upcoming Surface tablet and its Windows Phone mobile OS, the new Office software can help open new opportunities for firms that have been hesitant about using touch-based tools. With its tile-based look, buttons are large and navigation for complex programs such as Excel is simple.

With rival Google claiming that 4 million businesses use its Google Apps office software suite, Microsoft needed a cloud-based makeover. The new Office's integration with SkyDrive means documents can be accessed via a desktop app, Web app or mobile device. Contacts can be culled from Outlook, for example, and ported into social media.

And the download time is quick. Users can be running the upgrade in less than 15 minutes.

The learning curve will be steep.
While the new features can be useful, a business that upgrades from an older version of Office to this one might be overwhelmed by how different it is.

For example, the new Office uses the "Metro" style interface used in Windows 8, eliminating the old-fashioned virtual desktop, that showed a user's documents, and making it so that you never have to leave the app. It's now possible to search the web and upload photos from within Office itself. That's a major shift in thinking from shrinking a window or clicking into another tab.

Another feature, called Resume Reading, lets users immediately pick up where they left off in a document, even if they were previously on another computer. While handy, it might be distracting or disorienting for some. Veterans of previous Office iterations will have to learn a new way of thinking.

And even though collaborative features have elegant interfaces, they can be complex to learn. There is a dizzying array of buttons for everything from launching a meeting to sharing comments or documents.

Related: Why Microsoft's 'Surface' Might Be Your Next Tablet

More work to do when it comes to the cloud.
Many team features in the new Office are improved but, at least in this early demo, Office is not the collaborative engine Google Apps is. Basic documents are still aimed at single-person editing. And it can be slow for teams to learn to work together in real time. Collaborative team sites have to be set up and administered for working on different documents and projects.

Will you upgrade to the new version of Microsoft Office or continue using the tools you currently have? Let us know in the comments section below.