How One Young Trep Bucked the Odds During the Great Recession

Lyneka Little
July 20, 2012 4 min read
Opinions expressed by Entrepreneur contributors are their own. 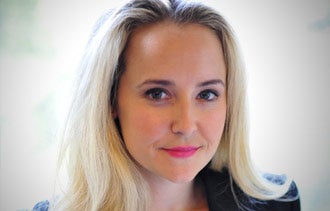 You know what they say about a sinking ship? Well, Alexa von Tobel did the opposite.

At a time when the stock market was tanking and unemployment was soaring, the then 25-year-old launched a money-management website called LearnVest. The Harvard grad came up with the idea to help women find financial solutions to common money problems, after realizing that she also didn't know the first thing about her own personal finances -- even though she was being asked to handle giant financial transactions for her then employer, Morgan Stanley.

From there, she enrolled in Harvard Business School and, on the side, started up LearnVest with $75,000 of her own savings. Since launching in 2008, the company has raised $25 million in start-up capital and put more than 300,000 people through its bootcamp, a free ten-day email program aimed at getting people financially organized.

We spoke to von Tobel about networking and raising funding. Here is an edited version of our discussion with the financial maven:

Q: What effect did launching during the recession have on LearnVest? A: It forced me to really get to know my business, the industry and customers. During the recession, investors were even more hesitant to take a chance on a new company. So I needed to be extra prepared. The timing also proved beneficial, as many customers really wanted help with their money issues. It was as if the recession reset people's thinking around how they think about personal finance. They realized that they can't disengage when it comes to their money.

Q: Why did you plow so much money into a startup when the economy was so rocky? A: I don't know that it was really choice to invest in my company. I was still in business school, so I wasn't raising capital. I just funded LearnVest little by little out of my savings.

Q: How did getting such a large amount of money change LearnVest? A: We were in a position where we wanted to build out all of our page services, including our subscriptions services where people can get a certified planner. I like to think of it as Apple's Genius bar meets personal finance. We raised $19 million so we could expand those services.

Q: You have advised startups to avoid spending anything on marketing. Do you follow this strategy at LearnVest? If so, why?

A: The best strategy on marketing in the beginning is to avoid spending any money. I read this great book called "Purple Cow" by Seth Godin. It made me realize that you can sink all your dollars into marketing, but if your product isn't good it's not going to work. It's way more important early on to focus all of your attention on building a very good product.

How did you turn the bad market into a win for your business? Leave a comment and let us know.