By Brian Patrick Eha July 23, 2012
Opinions expressed by Entrepreneur contributors are their own. 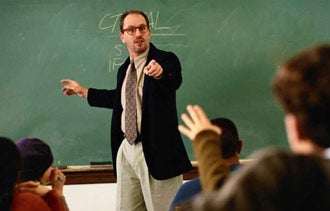 Entrepreneurship is an increasingly hot topic on college campuses these days.

Across the country, administrators at schools large and small are hurrying to create or beef up existing programs, hoping to attract top young talent and the alumni donations and federal grant money that could come with it. But all the talk about entrepreneurship may be leaving one very important group out of the conversation -- university professors.

"If you got more than just 23-year-olds doing this stuff, you might advance things much more quickly," says Matt Welsh, a Google engineer, pointing out that most Silicon Valley startups are helmed by fresh-faced college graduates.

A former computer-science professor at Harvard University who left academia to work for Google, Welsh is dismayed by what he sees as the academic world's disconnect from the world of private industry. Engineering and computer-science faculty build prototypes for their research which are then discarded or set aside once the researchers have published papers about them.

"This seems like a very inefficient way to move the world forward," Welsh says. "Some of the smartest people in the world, all of their work is locked up in prototypes."

What if, Welsh asks, universities encouraged faculty members to turn their academic research into real products that could make a make a difference in people's lives? In a recent post on his personal blog, he proposed a radical idea: Have universities act as venture-capital firms to fund faculty startups, and then take the money earned by the startups and put it back into research and education -- creating a virtuous cycle of investment and return.

It's not clear whether such a program could work. It's also not clear whether the idea of professors building companies could ever gain widespread acceptance. "Tech transfer is definitely part of the school's mission, but it's only one part of the mission," says Joseph Hellerstein, a computer-science professor at the University of California, Berkeley. "There's also education and core research. And entrepreneurship is only one way to achieve tech transfer."

A former entrepreneur himself, Hellerstein currently serves as a technical advisor to SurveyMonkey, Platfora and other software and internet companies. Berkeley faculty like Hellerstein are allowed to spend up to 20 percent of their time consulting in the private sector, an alternative means of ensuring that academic research bears fruit in the real world.

But while certain schools -- Berkeley, Stanford and the Massachusetts Institute of Technology among them -- are known for making it easier to join hands with the private sector, others are not so accommodating.

"Harvard has a very generous leave policy for tenured faculty, but until you’re tenured, you get no leave. So the younger and more energetic faculty have a hard time starting companies," says Welsh. Instead, he wants to see colleges across the country relax work rules that make it difficult for junior faculty to bring the products of their research to market.

Related: What a Business Degree Doesn’t Teach You about Entrepreneurship

B. D. Colen of Harvard counters that no fewer than 30 startups were founded by the school's faculty between 2000 and 2011. Among them are Pathogenica, co-founded by Harvard Medical School professor George Church and George Whitesides's non-profit Diagnostics for All. Colen acknowledges, however, that this list of 30 startups "lean[s] heavily toward the life sciences," and was unable to speak to the question of computer-science companies.

Hellerstein acknowledges a number of roadblocks to faculty entrepreneurship: chiefly, a lack of time, intellectual-property issues surrounding university research and the tenure process. Many professors are loath to jeopardize their prospects for tenure by taking time out to launch a business.

"If you think about the ecosystem of encouraging faculty entrepreneurship, the best effect it can have is inspiration," Hellerstein says. Students have a definite graduation date, so it makes sense, he believes, for them to be the ones who leave and start companies. Faculty should stay on campus and continue mentoring. Meanwhile, they can work with industry in other ways.

To encourage faculty startups as a matter of policy would distract from the university's mission, says Hellerstein. "Venture capital does the best it can at what it does. Universities do the best they can at what they do. There's nothing to say a combination of the two would be beneficial."

Welsh's vision for the university of the future may not be entirely far-fetched, however. The Technion-Cornell Innovation Institute, a cutting-edge tech campus currently under construction in New York City, lists entrepreneurship and technology commercialization as among its core goals. "The academy has a depth of capabilities, and the industry has efficiency and speed," says Oded Shmueli, a computer-science professor and the executive vice president for research at the Technion in Israel. "The industry needs the academy, and the academy should and can be its partner."

Do you think professors should start companies based on their research? Leave a comment and let us know.