The Fiscal Cliff: 3 Tax Changes You Need to Know Are Coming 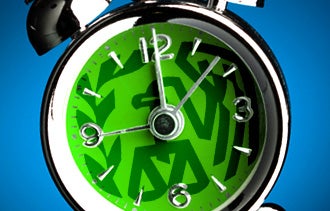 Dozens of tax changes are going to take effect at year's end. The "Bush-era tax cuts" get talked about the most, but there are several others that don't get as much attention that entrepreneurs need to know about.

In some cases, tax breaks are set to expire at the end of 2012 and in other cases, new taxes are going into effect starting in 2013. Taken together, these tax changes are called the "fiscal cliff" -- and business owners are fretting over it. Nine out of ten small business owners are concerned about the impact of the "fiscal cliff" are worried that Congress won't act to prevent the tax changes, according to a recent survey from the U.S. Chamber of Commerce.

The most publicized "Bush-era tax cuts" is a package of tax breaks initially introduced in 2003 and 2005. Without Congressional action, cuts on individual income tax rates will expire at the end of the year, resulting in a 3 percentage point increase on most rates in 2013. The nation's highest earners, individuals making more than $388,350, will see a 4.6 percentage point increase, going from 35 percent to 39.6 percent.

Related: Visa, MasterCard Settlement: What You Need to Know

Here are three more important tax changes you probably haven't heard of, and how they could affect you:

1. Payroll taxes will go up. While President Obama signed an extension for the payroll tax holiday, it's over at the end of the year. Without Congressional action, employee payroll taxes will increase to 6.2 percent from 4.2 percent. "This is huge," says Mark Kohler, a certified public accountant in Irvine, Calif., and a partner in the accounting firm Kohler & Eyre. "This is the one that is going to affect small business owners immediately."

The 2 percentage point difference effectively doubles to a 4 percentage point tax increase for small business owners paying the self-employment tax, explains Kohler. While traditional employers generally pay half of the payroll taxes on behalf of employees, many new business owners serve as both the employer and employee, so they have to pay both sides of the tax.

"By taking away depreciation, it makes the cost of expanding the business more expensive," says Kohler. "That is why this bonus depreciation going away is really brutal." In other words, if you are thinking about new equipment, consider buying before the end of the year to be certain you get this tax break.

Related: Trying to Win a Government Contract? Avoid These 3 Mistakes

3. The tax meant only for the super-rich could soon affect you. The Alternative Minimum Tax (AMT) was set to prevent wealthy individuals from driving their tax bill too far down with deductions but AMT also affects LLCs, partnerships, and S Corporations, says Bill Fleming, managing director at PricewaterhouseCoopers. This tax strips out many deductions and then imposes what is effectively a flat-tax of either 26 percent or 28 percent. You have to pay whichever is higher -- your tax bill calculated under AMT rules or under the regular tax rules. Practically speaking, "people who are between $150,000 of income to a million or two million dollars of income are likely to be subject to this AMT," says Fleming.

The original idea behind AMT is to make sure wealthy people pay their fair share of taxes However, the tax is being scrutinized because the threshold has not been adjusted to keep up with inflation, resulting in more middle class Americans are being affected by the AMT. If Congress does not retroactively implement a new AMT rate for 2012, a lot more taxpayers will be subject to this higher tax rate and will have to pay more. According to the Joint Committee on Taxation, the AMT will only impact about 4 million filers in 2011, but will hit 31 million filers in 2012, under current law.

Related: 3 Questions You Must Ask Before Securing a Small Business Credit Card

Are you preparing for the tax changes that are scheduled for the end of the year or do you think Congress will act to prevent the "fiscal cliff"? Leave a comment below and let us know.