By Scott Shane July 23, 2012
Opinions expressed by Entrepreneur contributors are their own. 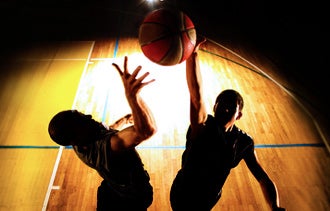 More than four years after the start of the Great Recession, unemployment remains stubbornly high, economic growth is tepid, and housing prices are still depressed.

Related: The Twisted Logic Behind the Regulatory Freeze for Jobs Act (Opinion)

Economists have identified several reasons the economic downturn and weak recovery have disproportionately affected small-business owners. Part of the effect lies in the tendency of business owners to absorb the burden of a bad economy. Many businesses try not to cut wages or lay off employees. That means the self-employed often suffer larger income drops than those working for others.

But in the current downturn and weak recovery, that general pattern has been exacerbated by small-business owners’ disproportionate exposure to real estate. For one thing, a high percentage of small companies are in the construction and real estate industries.

This greater borrowing means that real household debt was higher among small-business households than others when the housing and financial crises hit. In fact, Federal Reserve data show that families led by those in business for themselves had debt about 50 percent greater than that of families led by people working for others.

Helping small-business owners now won’t be easy. There is little policymakers can do to help them improve their economic situations without fixing bigger problems in the real-estate and construction sectors.

And therein lies the crux of the problem. All policymakers, regardless of their political persuasion, want to fix our nation’s real-estate problems. But thus far, the Washington brain trust hasn’t come up with a comprehensive solution. Until policymakers do, it’s hard to see how the greater economic pain of small-business owners can be lessened in any significant way.