What Venture Capitalists Are Investing in Right Now 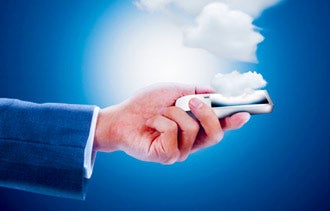 When you are looking to raise venture capital for your startup, you will likely have a better chance if you are in an industry that VCs are hot to invest in. Right now, that means mobile technology, cloud-computing technology, and social computing companies, according to the most recent MoneyTree Report from PricewaterhouseCoopers and the National Venture Capital Association.

These types of tech startups have a number of advantages from the investor perspective: they can reach a lot of customers, industry regulation is relatively minimal, and they are relevant, says Mark Cannice, professor of entrepreneurship with the University of San Francisco School of Management.

Also attractive to investors, mobile, social, and cloud technology startups don’t require very much money to get off the ground. On the other hand, a clean technology startup, for example, often requires quite a bit of money to launch: Solar panels and wind turbines are much more expensive to manufacture than an app for your iPhone.

The software industry saw $2.3 billion worth of investment in the second quarter of this year, more than any other industry, according to the MoneyTree report. And Internet-specific companies, meaning companies across industries whose business model is dependent on the Internet, received $1.8 billion in venture-backed investment in the second quarter.

In the life sciences industry (a combination of biotechnology and medical devices and equipment), venture-backed investment declined for the fourth consecutive quarter, pulling in only $1.4 billion in the second quarter of 2012, the MoneyTree report shows.

"A big reason is that it costs so much money and it takes so long for a biotechnology company, in particular, to go from an idea to a drug," says Mark Heesen, the president of the National Venture Capital Association.

Furthermore, life science companies have to deal with a heavy load of regulation from government agencies, like the Food and Drug Administration, which make products costly to launch. And, as very competitive research and production facilities develop in Europe and Asia, where there is not the same level of government regulation, "it is becoming a little bit more difficult to work in that space" for entrepreneurs here in the U.S., says Heesen.

Also, medical device investments are suffering in the face of strict regulations and government policy uncertainty, according to comments from VCs collected by Cannice in his second quarter Silicon Valley Venture Capitalist Confidence Index.

Related: The Fiscal Cliff: 3 Tax Changes You Need to Know Are Coming

Venture capitalists are investing in the companies today that they are confident will grow quickly and make money, not companies that might get bogged down in expensive research and development or burdensome regulation. "If you look at the end game and the end game is becoming more difficult, then you are less likely to get involved in the beginning," says Cannice.

What type of startups do you think VCs should be investing in right now? Leave a comment below.