By Nadia Goodman August 2, 2012
Opinions expressed by Entrepreneur contributors are their own. 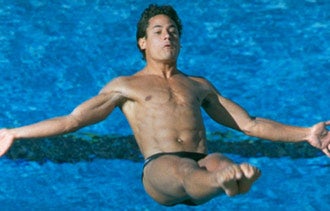 Every entrepreneur encounters failures -- often a series of them -- in pursuit of eventual success. The most effective business leaders cultivate resilience, or the ability to refocus quickly after setbacks, a skill they share with great Olympians.

Athletes, much like entrepreneurs, push limits and often fail. At the 1988 Seoul Olympics, American diver Greg Louganis hit his head on the diving board, knocking him unconscious as he plunged nearly 33 feet to the pool below. "My confidence at that moment in time was shattered," he says. In a now-famous comeback, Louganis went on to win two gold medals that summer.

"Failure is an inevitable part of success," says Tal Ben-Shahar, positive psychologist and author of Being Happy (McGraw-Hill, 2010). "It is no coincidence that the most successful people -- be it in business, art or science -- are also those who failed the most times."

The key to quick recoveries is a mindset that promotes resilience. These five tips from Louganis can help you become a stronger leader in the face of failure:

1. Consider failure an asset. Failures help you identify areas that need improvement, so organize your business around the idea that you will fail and iterate often. When you see failure as a necessary part of growth, it becomes an asset.

"There really is no such thing as failure," Louganis says. "Setbacks are just there to help you gather information. They're not good or bad."

2. Strive for success, not perfection. When your performance doesn't meet your standards, focus on mastering it the next time without pressuring yourself to be perfect.

"If you focus on perfection, you may never get out of the gate since you'll fear falling short of that," Louganis says. "Even in diving, the definition of a score of 10 is excellent, not perfect."

3. Let go of self judgment. "Peak performance is meditation in motion, where you're not thinking, just doing," says Louganis. "The only way to achieve that is by letting go of self-judgment."

To do that, focus on the task at hand. If you notice any judgmental thoughts arising, just let them go and bring your attention back to the task.

4. Analyze your mistakes later. When you have to make a quick recovery, choose not to think about your mistakes. "After hitting my head in Seoul, I had to push it aside like it never happened," Louganis says. To succeed, he had to keep telling himself that each dive is a fresh start that begins with a clean slate. A deeper analysis of what happened and why can come later.

"Getting over something takes time and hard work to understand what happened, what you did wrong and to learn how to not make that mistake and memorize it," Louganis says. Under pressure, save that analysis for a moment when the demands on you are less immediate.

5. Rely on your supporters. When you fail, the people who believe in you most can help restore your confidence. After Louganis fell, his coach knew he'd doubt himself, so he said, "If you can't believe in yourself, believe in me because I believe in you and we can get through this together." By focusing his attention on his coach's faith rather than his mistake, he was able to approach his next dive with a clear head.

"I am a firm believer that you don't achieve greatness on your own," Louganis says. "There is always someone there to lend a hand."