Community and the Value of a 'Kinky' Business Idea

By Laura Lorber August 2, 2012
Opinions expressed by Entrepreneur contributors are their own. 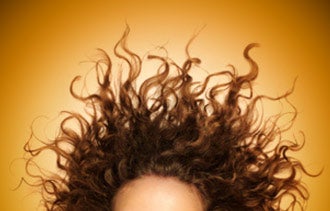 Emotions can run deep, for both women and men, when it comes to hair. And where there's passion, there's a potential business idea. That's one thing we've learned watching the power of online community prove itself again and again.

One case in point is a recent flap over the public diss of a million-dollar investment in NaturallyCurly.com, an online community for people with curly and kinky hair.

In a piece titled: "Dumb Money: Exposing Silicon Valley’s Stupidest Investments," a writer for New York magazine snarked " . . . what kind of genius decided to throw $1.2 million at NaturallyCurly, the 'leading social network and community for people with wavy, curly and kinky hair?' "

Outrage from the curly-haired community followed. A Huff-Po blogger piled on, as did race-and-pop-culture blog Racialicious, which spawned a discussion on Ycombinator.com, the site of the Silicon Valley seed accelerator.

Michelle Breyer, co-founder of NaturallyCurly.com, was thrilled with the outpouring of vocal support from its community. "The response has been really, really positive," says Breyer, president of Austin, Texas-based TextureMedia Inc., which is the parent company of NaturallyCurly.com and earns money from advertising, market research and ecommerce. "The entire curly world got on there and said: 'Do you know what you're talking about?' "

What can entrepreneurs learn from the kerfuffle?