3 Olympian Strategies to Get Gold-Medal Tough in Business

By Gwen Moran August 6, 2012
Opinions expressed by Entrepreneur contributors are their own. 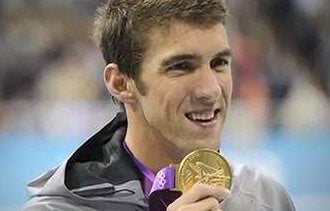 Just like elite athletes competing in the Olympics, you need to have your head in the game when you're trying to grow your business and your brand. Becoming mentally tough is as critical to your success as regular training, says former tennis pro and performance coach Steve Siebold, who has worked with top athletes like Andre Agassi. Siebold says the same psychological strategies that help elite athletes power through tough times can help 'treps persevere and become great. Here are three you should adopt now.

Remember the 'why.' Elite athletes don't shed blood, sweat and tears because of the money, fame or glory. They do it for the love of the game, says Siebold in his book, 177 Mental Toughness Secrets of the World Class (London House, 2010). Similarly, most entrepreneurs don't launch their businesses to get rich: They do it because they believe in their business idea and themselves. When the rigors of being an entrepreneur seem like too much, refocus on why you started your business in the first place. Visualize the rush that you felt as it began to grow, like when you landed your first big client.

"When I was losing all the time in tennis, what kept me going wasn't winning or losing. It was about playing the game," Siebold says. "Truly successful entrepreneurs are the ones who keep going--the ones who are up at 3 a.m. thinking about how to make their business better or get over that obstacle."

Become a learning machine. From watching tapes of their own and competitors' performances to reading books about how to improve their technique, Olympians are hungry for that bit of knowledge that will help them get better. Business owners need that same voracious appetite for information that will give them a competitive edge, he says. That might mean studying your competitors' actions, reading about breakthrough marketing or management techniques, or keeping abreast of new technology developments in your industry.

"When I was coaching Agassi [in mental toughness], I suggested a three-inch change in his stance even though I wasn't his tennis coach. We spent weeks talking about it, but he made the change and improved his game," Siebold says. "If entrepreneurs paid that kind of attention to detail and improvement, making those tiny changes, the overall results could be dramatic."

Stay clear-headed in conflict. Competition is, by nature, a form of conflict. Every Olympian wants the gold medal, but only one can win it. Coaches and their athletes might not always see eye to eye. But those conflicts drive the elite athlete to the highest levels of achievement. Siebold says it's important not to sidestep conflict in business, assuming you're invincible. Instead, focus on your ability to work through it, without letting your ego or emotions get the best of you.

"Once you start believing you're the best and you're a genius -- the best that's ever been -- you're probably not accurate," he says. Instead, stay alert and nimble, he cautions, because there is always a competitor waiting to take your spot.