Young Entrepreneurs: Not the Cure for What Ails the Economy (Opinion)

By Scott Shane August 13, 2012
Opinions expressed by Entrepreneur contributors are their own. 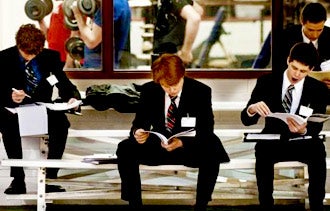 Interest in entrepreneurship among young people is high these days. The Ewing Marion Kauffman Foundation tells us that those under 35 are “even more entrepreneurial than prior evidence may have predicted.” A recent survey by Young Invincibles, Lake Research Partners and Bellwether Research reveals, the majority (54 percent) of 18-to-34-year-olds would like to or have already started a company.

Pundits and policymakers have cheered this finding. "This poll reveals a generation that is enthusiastic about entrepreneurship, and that is good news for the U.S.," said Carl Schramm, former president of the Kauffman Foundation.

Seeing this trend as one solution to America’s economic malaise, some in Congress have seized on it to call for more support for young entrepreneurs. For instance, U.S. Rep. Cedric Richmond (D., La.) has proposed the creation of an Office of Youth Entrepreneurship at the Small Business Administration.

But before proposing new policies to support youth entrepreneurship, our elected officials should examine the issue a little more carefully. A high level of interest in entrepreneurship among young people isn’t necessarily something to cheer. People in their 20s often become more interested in starting businesses when the economy is doing poorly and they cannot easily get jobs.

Consider the following: In an annual survey by UCLA’s Cooperative Institutional Research Program between 1976 and 2011, the percentage of college freshmen who report that it is important to “become successful in a business of my own” correlates about 0.7 with the Misery Index, an economic measure that combines the U.S. unemployment rate and the inflation rate. That strong correlation means that when the economy is weak, more college freshmen aspire to being entrepreneurs, and when the economy is strong, fewer do. Thus, what a high level of interest in entrepreneurship among young people really tells us is that the economy is bad.

Moreover, policymakers also need to be careful about placing too much weight on what people say rather than what they do. In the survey by Young Invincibles, a health-care advocacy organization for young adults, only 8 percent of the respondents actually owned businesses, while 46 percent said they planned to have one. Obviously, it’s easy to say you plan to have a business, but a lot harder to actually start one. The figure that really matters for policymakers is the number of young people who already have started businesses.

Unfortunately, it turns out that young people aren’t very likely to be running their own companies. While 20-something entrepreneurs receive a lot of media attention, data show they are actually much less likely be in business for themselves than older people. According to the U.S. Bureau of Labor Statistics, people 65 to 69 are 25 times as likely to run an incorporated business of their own as people 20 to 24.

Policymakers want to believe we are seeing a spurt in youth entrepreneurship that will solve our economic problems. Not only would this be an easy solution to tough problems, but young entrepreneurs also are sexy and exciting to boot. Our elected officials, however, should take a closer look at the numbers. They won’t design the right entrepreneurship policies if they don’t go beyond facile answers to see what’s really happening in the world of entrepreneurship and small business.

Related: The Twisted Logic Behind the Regulatory Freeze for Jobs Act (Opinion)