By Nadia Goodman August 16, 2012
Opinions expressed by Entrepreneur contributors are their own. 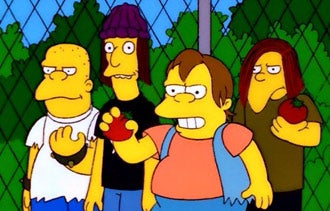 As educators strive to prevent bullying in schools, business leaders face a similar problem in the workplace. According to a survey by the Workplace Bullying Institute, as of 2010, 35 percent of the U.S. workforce (an estimated 53.5 million Americans) reported being bullied at work, making bullying four times more prevalent than other forms of workplace harassment.

“The environment has a lot to do with why someone bullies,” says Catherine Mattice, president of Civility Partners, an organization that promotes positive workplaces. “Bullies don’t exist in a vacuum.” Heavily bureaucratic organizations promote bullying, as do fiercely competitive or rapidly changing ones.

Weak leaders who don’t take a stance on bullying can also allow it to thrive. “As a leader, you have the ability to craft a culture,” Mattice says. Here are four ways to prevent bullying before it starts:

1. Emphasize behaviors you want to see. To prevent bullying, outline the positive behaviors you expect to see in the workplace. “Anti-bullying policies don’t work,” Mattice says. “You’ve got to focus on what you want from [your employees], not what you don’t want.”

Of course, you have to follow through as well. “If someone is getting out of line, spend some time coaching them and help them engage in behavior that’s more what you’re looking for,” Mattice suggests.

Related: 3 Personality Types That Can Harm Your Business

2. Foster conflict resolution skills. If you notice that an employee struggles to resolve conflicts effectively, provide some extra support. If a conflict comes up, discuss it with them afterward. What approach did they take to resolve it? Why? How did it work out? Did they consider any other approaches? Tell them what they did well then suggest how their approach might improve in the future.

You can ask potential hires the same questions, focusing on a past conflict. “You’re looking for someone who is generally sensitive to the situation,” Mattice says. “You can typically hear whether they were being proactive and respectful.”

3. Clarify roles and responsibilities. Constant change can destabilize employees, a particular challenge for startups that are often in flux. “Change makes people uncomfortable,” Mattice says, making it a risk factor for bullying.

To reduce the stress, make sure employees are fully informed about what the changes are and how they will each be affected. “The clearer you can make someone’s responsibilities and your expectations, the less stressed they’ll be,” Mattice adds.

4. Be available for feedback. “Targets often don’t speak up because they’re not sure how the organization will respond,” Mattice says. “You have to open the door.” Employees with a forum to speak up are much more likely to report problems before they escalate.

At one company, where rampant rumor mills were causing unrest, Mattice helped the CEO set up an email address that employees could use to verify rumors they heard. He responded to each inquiry, an act of transparency that calmed employees and lowered the risk of bullying.

Related: Telltale Signs You Have a Workplace Bully