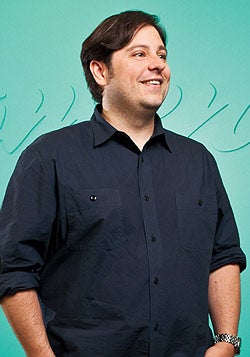 Chaotic Moon is the most experienced, innovative and awesome mobile studio out there--according to Chaotic Moon, that is. Over-the-top boasts and tongue-in-cheek self-affirmations are plastered across the Austin, Texas, startup's website, proclaiming its unrivaled mastery over all phases of mobile software development, publishing and management.

"I like to say we're 'justifiably confident,'" says 30-year-old co-founder and CEO Ben Lamm with a laugh. "But really, who wants to work with No. 2? If you don't believe you're No. 1 and don't believe you can build the best products and services, why would anyone else want to work with you?"

Chaotic Moon doesn't just talk the talk. The company builds hit applications and games for high-profile clients including Microsoft, CBS Sports, Sanrio and Pizza Hut. "We ship some of the top-grossing apps in multiple categories, and we work with some of the biggest brands in the world," Lamm says. "You can't do everything we've done in such a short period of time without being the best."

Chaotic Moon generated mainstream attention in early 2011 when it partnered with media goliath News Corp. to develop The Daily, the first digital newspaper optimized for Apple's iPad. With dozens of subsequent projects under its belt, Chaotic Moon now charges anywhere from $200,000 to more than $5 million per app build. According to Lamm, 90 percent of new customers are referred by existing clients, and the firm generates annual revenue "in excess of eight figures," although he declines to give an exact figure. ("We're highly profitable, to the point where if we tell someone like a trusted advisor or a PE firm what we're bringing in, they freak out," he claims.)

Speaking of the private equity space, Chaotic Moon has so far resisted overtures from venture capitalists. "For us, it's all about maintaining control," Lamm says. "We knew we could build a business on our own. All we needed was laptops and hard-working people. We didn't need a partner pulling the strings from somewhere on the East Coast or the West Coast."

Looking ahead, there are plans to expand the business by licensing Chaotic Moon's proprietary Chaos Engine software framework to customers. The team is also plotting to push further into hardware design--an effort typified by the prototype Board of Awesomeness, a motorized longboard custom-rigged with a Microsoft Xbox 360 Kinect device and powered by user movement. Additionally, the founders are on the hunt for new acquisitions after rolling up app-maker DollarApp and security company Symbiot Security earlier this year.

"Whurley once said, 'We're not building a company--we're building a cult,'" Lamm recalls. "It's all about execution. A lot of people aren't doing a very good job of making mobile apps that work, and that's great for us. If you can make an app with real value and a great user experience, you're a hero."