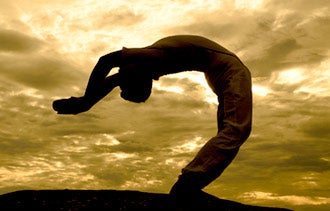 Six years after founding YogaDownload, Jamie Kent was stuck. Her Denver-based company could pay its bills, but she needed cash to create new classes and attract customers. She was beyond using her credit card, and the bank loan terms she saw were Draconian.

"I only needed a small injection of money to get the ball rolling, without the fear of heavy payment terms," Kent says. An online search for "small-business financing" led her to revenue-based financing (RBF). "It seemed like a perfect way to cash-strap my company," she recalls.

RBF loans have been common for years in industries ranging from film production to drug development. Now with banks keeping their belts tight, the concept is gaining traction among startups.

Instead of requiring a fixed-interest payment every month, an RBF loan provides capital in exchange for a fixed percentage of gross monthly revenue. Thus, if the company has seasonal or hard-to-predict cash flow, the payments adjust accordingly.

"Our value proposition is that there's no equity dilution, no loss of control," says Andy Sack, founder of Lighter Capital in Seattle, which gave Kent her loan. While RBF interest rates are typically higher than those at a bank, a business doesn't have to put up collateral or give up an ownership stake (as it would with investors). The risk, as with any loan, is that delinquency means losing your business. "But compared to banks, we provide more capital to succeed," Sack says.

Average RBF loans range from $50,000 to $250,000, with annual interest rates between 18 and 20 percent and payment terms within three years. There are no background or credit checks.

After applying for an RBF through Lighter Capital last winter, Kent had money wired to her bank account within two weeks. While she won't disclose the loan amount or interest rate, Kent did say that each month she calculates 9 percent of her revenue and e-mails the paperwork to the firm, which debits that amount from her account. "I didn't borrow a lot, but it helped so much, giving me more flexibility in what I could do," she says.

Sack says he wants to finance businesses with revenue from $500,000 to $3 million, annual growth rates of at least 15 percent and margins of 50 percent or higher. This mainly means niche companies, such as those in specialty technology and light manufacturing. Businesses with low margins and major infrastructure needs, like restaurants or big factories,
are not likely candidates for RBF loans.

But interest in RBF is growing, even among Fortune 500 companies. "A company at any stage can benefit from this type of financing," Sack says. "The main thing holding it back is market education."