iPhone 5: Worth It for Your Business? 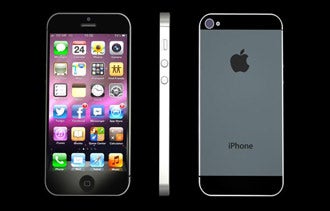 The date is booked. The stage at San Francisco's Yerba Buena Center is being set. On Wed., Sept. 12, Apple Inc. is due to announce the newest version of its iPhone. And while CEO Tim Cook has said the Cupertino, Calif.-based company is doubling down on its legendary secrecy, Apple's factories abroad have doubled as rumor mills, feeding the media a buffet of classified details. Will the new iPhone change how you do business? Let the alleged new features help you decide.

Larger screen:
From its dimensions to its construction, the screen is said to be the biggest change from the iPhone 4S. Older iPhones had a 3.5-inch screen. But a new version could have a 4-inch screen with a taller body and a thinner bezel (the space between the screen and the edge of the phone). On the hardware end, this may seem a relatively easy feat, but the decision is a difficult one for Apple from an app developer perspective, as this article on iMore explains. Apple is also reportedly using a different method to construct the display, making the handset thinner, lighter and more responsive than previous models.

Bottom line: More inches mean more pixels, which could wreak havoc for existing apps. If you're in the mobile software business, get ready to update your product.

Near field communications (NFC):
A rumored addition to the iPhone since the 3Gs model was released, NFC technology can enable people to use their handsets as mobile wallets, by just tapping the device on specially-equipped readers at a check-out counter. NFC phones have been out since 2006, and Android has supported it since 2011, making the technology part of its Google Wallet feature. And though Apple Insider posted photos of alleged iPhone 5 parts with an NFC chip, the forthcoming iOS 6 (which the new handset will run), does not support the technology. Instead, Apple is touting Passbook, a software-based payment strategy, as a key feature.

Related: 5 Things to Consider Before Buying a Smartphone or Tablet for Business

Bottom line: The future of point-of-sale transactions will change dramatically after iPhone 5 is launched. The question is how.

Dock connector:
The 30-pin dock connector that launched with the original iPhone remains largely the same since 2007. To cram more magic into all that metal and glass, Apple engineers have had to work around it for years. Experts are nearly united in their belief that a new, smaller plug will debut on the iPhone 5. Cult of Mac has a repost of the Italian Metablog's thoughts on how that would look.

Bottom line: From docking-station builders to protective-case makers, everyone in the iPhone universe will have to retool their wares.

Apple has done a great job of moving away customers from a fascination on specifications, but there's still an insatiable thirst for speed, and a need for numbers to back it up. The iPhone 4 ran on Apple's A4 processor, while iPad 2 and iPhone 4S have the A5, a CPU which Apple claims to be twice as fast. The iPad 3 uses the A5X, which handles graphics (but not processes) twice as quickly. A blurry image posted on 9to5Mac shows there may be an A6 processor onboard the upcoming iPhone, which makes sense, since the A5X was designed with extra brawn to power a 9.7-inch Retina display. The new iPhone will need a processing, not graphics, bump. There are also rumors aplenty about this iPhone finally having 4G networking capabilities. We've been hearing that claim for years, though this time it's as likely a possibility as ever.

Bottom line: The iPhone 5 is going to be faster than any previous model -- and certainly quick enough to make an impact on to your business.